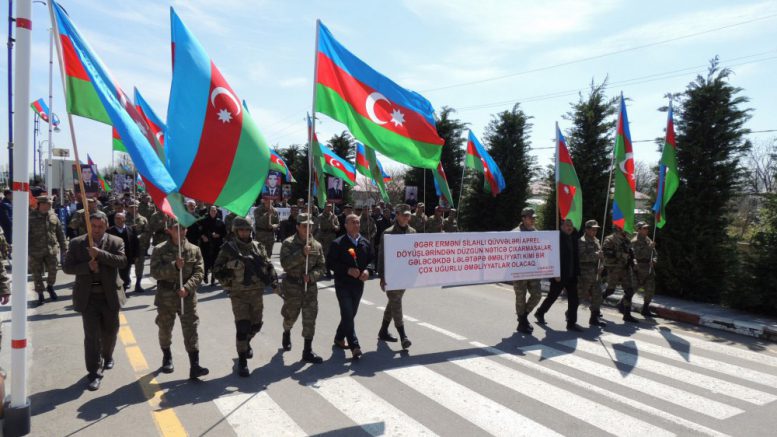 A march dedicated to the anniversary of the victory of Azerbaijani armed forces in the April battles was held in Horadiz, Fizuli district of Azerbaijan.

APA reports that the march started on Heydar Aliyev Avenue and ended on the Flag Square.

Azerbaijan has no choice: there’s a need in small wars for Karabakh