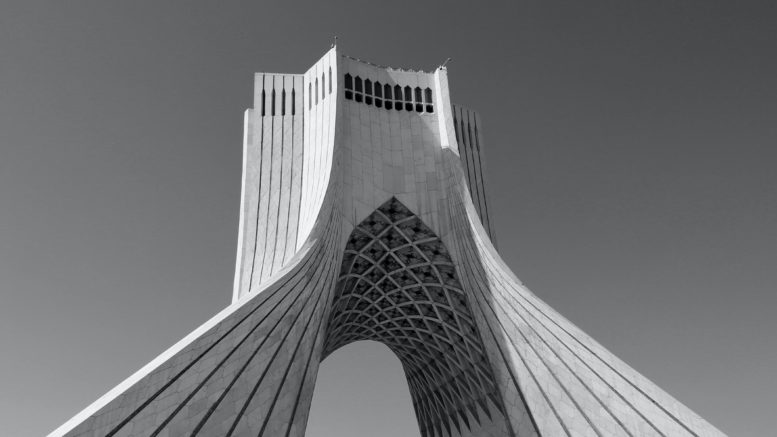 In the Intelligence Community (IC), covert action is the key activity operates to affect the political, economic or military conditions in a foreign country. Types of covert action can include propaganda, political, economic, and paramilitary. These types and their execution have various extents of secrecy differentiate from assassinations, coups, propaganda, or economic pressure.

Conflicts in the Middle East are rages on, especially between Iran and Israel, since the latter’s counter activities operate against the Iranian threat to Israeli national security.

While Israel opposing the recent nuclear negotiations in Vienna and consider refuse the principle of a nuclear Iran, Mossad might turned the issue into matter of foreign policy goals, and permits covert action according to its necessary. However, if Mossad really operates in Tehran, how it would be like?

There could be several components behind the integrated operations of espionage and sabotage, which Mossad well to use in Iran. It is essential to address certain and urgent issues that targets national security in any enemy country. This requires establishing an up-to-date database on force strengths and weaknesses, potential threats, the state of counterintelligence and so on. The most efficient means to gain the needed database can be operated through HUMINT, which prima facie seems to be impossible in Iran.

Many Iranians routinely protest against their corrupted regime and ruling religious elite, accusing them for the past 40 years of hijacking their 1979 revolution. This has generated a trans-national feeling to the need of getting rid of any dictatorship in the country in any way possible to restore the people’s well. The high feeling of nationalism can open the door for mobilization against the regime; thus, cooperate with any foreign help to topple the bases of the ruling elite.

To exploit this angle, Mossad used to train and finance individual proxies as a strategy to widen influence, avoid direct and costly confrontations, and gain a space for plausible deniability if necessary. The Mossad’s trainees, especially Mujahideen-e-Khalq, owned high skills that might include collecting data from human sources, use of COMINT on ground, willy-nilly employment of other national agents through blackmailing or bribery, quick data analysis and assessment, generate quick recommendations, execute plots, urgent operations, act as sleeper cells in public or official agencies.

Ironically, Israel’s employment of proxy intelligence to use HUMINT in Iran seems like what goes around comes around, while the Iranian regime uses proxies in the Middle East to topple its security and stability.

Anyway, the Israeli database might contain periodical reports on every protest and the extent of focus in every province to explore the potential direct and indirect targets of employment, whether on the public or official levels.

On the public level, Mossad may be keen to employ charismatic leading figures, and tight-knit groups, by using high meanings of nationalism and sacrifice towards the Iranian nation against the corrupted regime. However, Mossad’s favorite type for employment might be the frustrated military or intelligence personalities, which may be employed through blackmailing, involvement, or bribery. These figures might be employed whether to be another HUMINT resource or direct players to achieve strategic goals through daring actions such assassinations, sabotages, espionage, and penetrations.

From another aspect, many would ask why Israel recently praised the Mossad’s operations in media while Tehran was silent. Israel might seek to direct propaganda as wide as it can, especially towards Iranian people, to show them how far the Iranian regime fragility is, and its incapacity in maintaining its own security. This may give more and solid confidence to opposition leaderships to unite their upcoming demonstrations against the regime.

According to latest events in Iran, the Iranian regime knows typically that discussing such propaganda will expose its vulnerability. This will encourage the people to bring the country to another crisis amid chaotic circumstances. Therefore, amid recent sabotage operations in Iran, it just limited itself to structural changes in official positions amid accusations of negligence and random reports on potential betrayal.

It seems that the Iranian Counterintelligence (CI) whether penetrated and confused or disrupted nowadays. In other words, the Iranian CI needs a CI. It worth mentioning here that CI includes data and activities conducted to identify, deceive, exploit, disrupt or protect against foreign actor or proxy.

According to this, the Iranian CI is actually fading, and Iran knows that as it signed intelligence pact with Russia in 2021 due to serious failures. The Iranian CI seems have failures to assume its major responsibilities to protect secret and classified data, frustrating efforts of foreign intelligence operatives to steal secrets through expelling them, controlling their movements and using ‘double agents’ to mislead them.

While the Middle East is preparing for a new military alliance, Iran will be a wide arena for a major intelligence epic through which unprecedented events will happen in the broad daylight of Tehran.