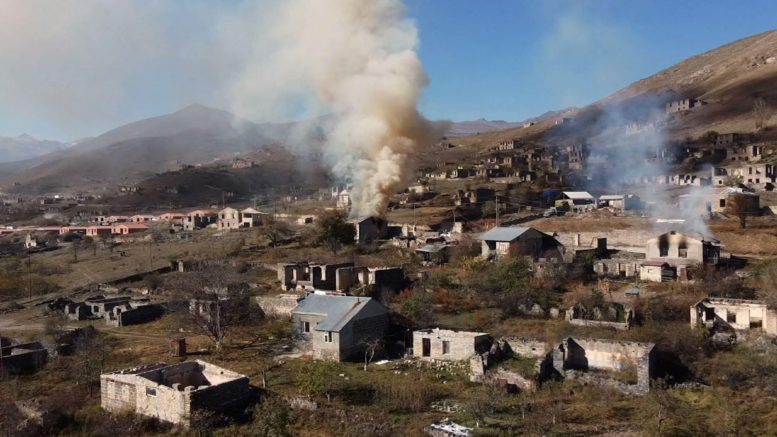 Armenia’s ongoing ecological and cultural terrorism in the internationally recognized Azerbaijani territories should become a cause of grave concern for the humanity. Despite the tripartite peace deal signed by Armenia, Azerbaijan, and Russia, which allowed the Armenian troops and illegal settlers to safely withdraw from the Azerbaijani territories, Armenia continues to pursue a destructive policy, committing eco-terror by setting fire to houses, schools, and forests, cutting down trees, and slaughtering domestic livestock in Azerbaijani lands. This vandalism to the environment made the nature another innocent victim of aggression.

For the last 30 years, Nagorno-Karabakh and surrounded 7 districts of Azerbaijan were under Armenia’s illegal occupation, despite all those territories being officially recognized as part of Azerbaijan. Due to ethnic cleansing of Azerbaijanis by Armenian armed forces, nearly 30 thousand people lost their lives, and more than 1 million Azerbaijanis had to leave their homes. On 27 September 2020, the second Nagorno-Karabakh war between Armenia and Azerbaijan started, and lasted for six weeks, ending on November 10.

During this period, Armenia continued ecological terror in the occupied Azerbaijani territories, deliberately burning forests near Shusha city, mining vast areas, and committing other crimes against humanity in violation of Geneva conventions, causing irreparable damage to the region’s ecology and the planet in general. Setting fire on Shusha forests with the use of poisonous substances (white phosphorus munitions) demonstrated a total disregard to people’s safety and environmental protection by Armenia.

The destruction of a unique ecosystem, formed by dense forests, and consisting mainly of valuable and perennial oaks, junipers, beeches, hornbeams, pines, ash trees, and nut trees, is an act of vandalism, which causes a critical damage to the endemic biodiversity, and it is regarded as a crime against humanity according to the Environmental Modification Convention (ENMOD) of the United Nations, to which Armenia is a party since 2002.

Amnesty International has already stressed that white phosphorus is particularly prone to indiscriminate impact. Therefore, its use in the vicinity of civilian settlements constitutes an indiscriminate attack and is a war crime.

The aforementioned forest fire was not the only act of ecological terror committed by Armenia. On October 29, as a result of heavy artillery shelling of the Goygol region outside the combat zone by the Armenian armed forces, a fire broke out on about 5 hectares of forest in the Goygol National Park. Although the relevant agencies extinguished the fire, the forest area came under shelling again on the morning of October 30, and as a result, the fire started again. The fire also broke out in the forest area on the territory of Tovuz district, which borders with Armenia far away from the combat zone. Fortunately, the fire was prevented from spreading to the dense forested areas.

The 6-week war ended on November 10 with three countries – Azerbaijan, Russia, and Armenia – signing a peace agreement, which stipulates that Armenia is to hand over to Azerbaijan Aghdam district by 20 November, Kelbajar district by 25 November, and Lachin District by 1 December.

Azerbaijani public is outraged by acts of environmental terrorism, committed by Armenians in the territory of Kalbajar district. Destruction of flora and fauna by Armenia, especially felling over 2,000-years-old plane trees in Jabrayil, Zangilan, Gubadli, and other Azerbaijani territories liberated from occupation, as well as felling trees, burning forests, killing domestic animals, and intentional damage to the environment in Kalbajar are grave environmental crimes.

As Armenians are leaving the Kalbajar district, they also resorted to cultural terrorism by destroying the ancient Albanian monument located here – the Khudavang monastery complex, founded in the 6th-7th centuries. Khudavang monastery is one of the magnificent examples of Caucasian Albanian architecture. This ancient Albanian temple complex is located near the village of Baglipaya along the Agdara-Kalbajar highway. After the occupation of Azerbaijani lands, the Khudavang monastery was repeatedly vandalized by the Armenian authorities. The Armenians removed the crosses and destroyed the inscriptions in the Albanian church to falsify history. Now the Armenians are illegally moving bells and other valuable items from the monastery to Armenia. 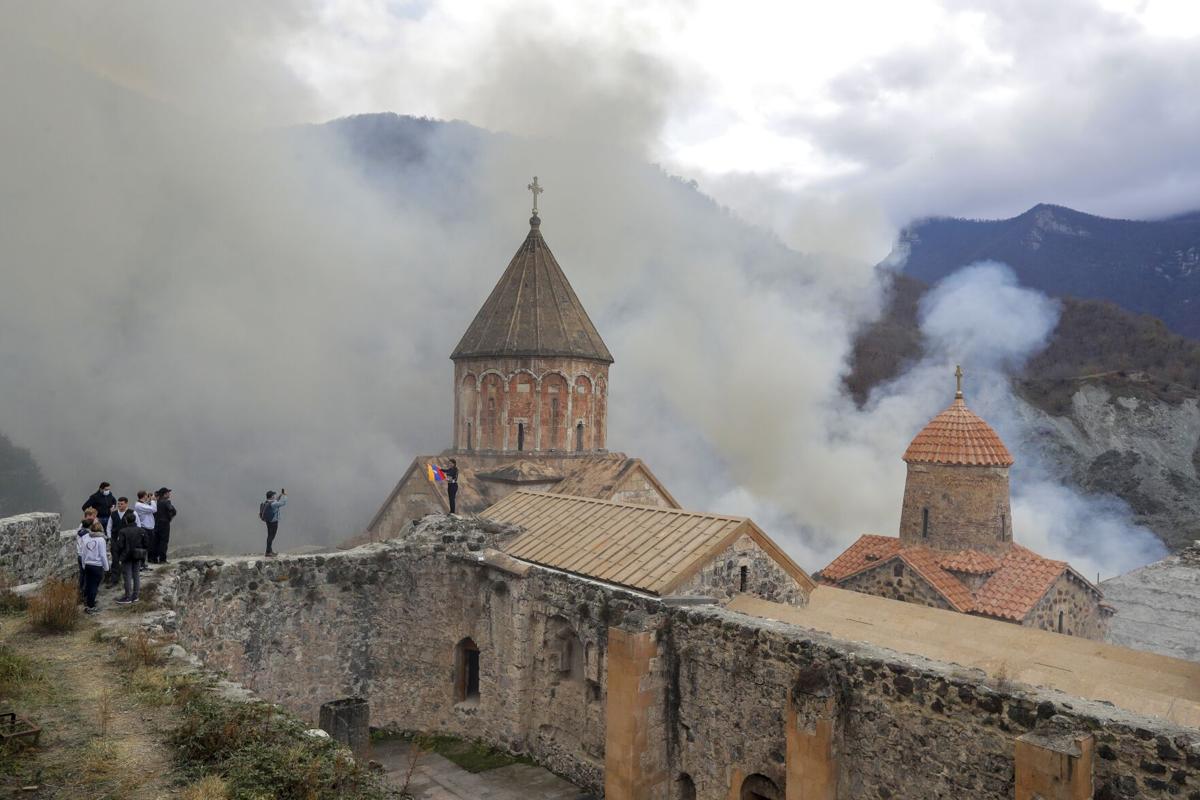 The damage to the environment and our cultural heritage cannot be fully estimated yet. The forest fire is spreading fast, and the Armenian side keeps committing new acts of ecological and cultural terrorism each day. So far, approximately over 1815 hectares of the forest area have already been destroyed.

All the above-mentioned facts show the devastating impact of the Armenian aggression to the environment and its effect on global challenges like climate change, as well as a potential further impact if it is not stopped immediately. Therefore, the international community should not remain silent about this issue and raise its voice to stop Armenia’s environmental and cultural vandalism.

By Nihad Allahyarli chairman of the “Davam” Youth Movment of Azerbaijan

The War Intensified between Armenia and Azerbaijan

Mubariz Ahmadoglu: OSCE MG co-Chairs have to investigate the genesis of deaths in the Armenian army

Nikol Pashinyan decided to hype on the terrorist attack in Vienna