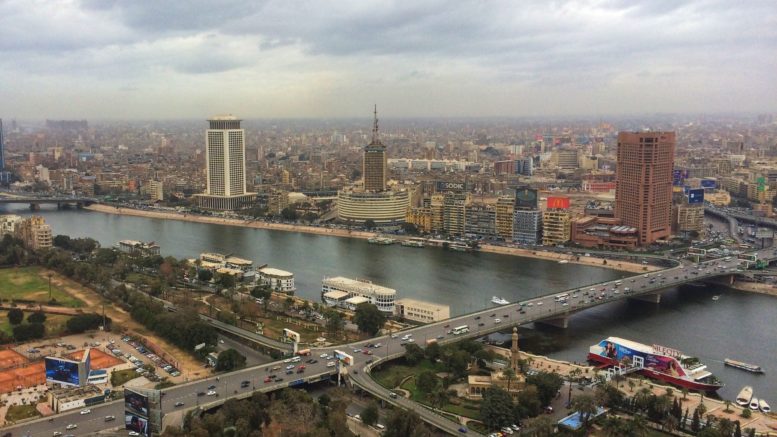 Over the past four decades, there have been no diplomatic relations between Egypt and Iran—excepting for an interest section established in both countries. Reasons for those frozen ties that have maintained lowest levels of diplomatic representation at best are many. Egypt has a lot of reservations on Iran’s regional behavior, collaboration with political Islam groups—on top of them comes the Muslim Brotherhood and its affiliates—and fomenting unrest, chaos and instability across the region.

There have been attempts all over this period to improve and restore ties. But they have come to naught, given Iran’s intransigence and lack of will to reverse the course of action it’s pursuing.

Under the government of late President Mohammed Morsi, there was a glimmer of hope for Iran to sneak into Egypt. But the July 2013 military overthrow of Morsi dashed those hopes—bringing the two countries back to square one.

The question that arises here is: Will Egypt and Iran be able to have normal diplomatic relations in the foreseeable future? The answer—from my viewpoint—is simply no.

The latest bid of rapprochement began when Egyptian president Abdel-Fattah El-Sisi held a telephone conversation with German Chancellor Angela Merkel. The two sides discussed the Iranian nuclear file—a controversial issue with wide-ranging political, economic and even military implications for Iran and the region.

Hani Soleiman, director of the Arab Center for Research and Studies, insisted that the latest Iranian moves towards Egypt come within Tehran’s attempts to approach Egypt and seek overtures with it.

According to Soleiman, the recent Iranian remarks seeking overtures with Egypt are linked to the concurrent talks between Tehran and Riyadh aimed to restore the ties severed since 2016.

This opinion is echoed by the Iranian analyst Hossein Royoran. He said that the recent Iranian remarks about Egypt come within the talks with Saudi Arabia and the regional activities of the new foreign minister Hossein Amir-Abdollahian.

The semiofficial Mehr news agency quoted Abdollahian, during a meeting with foreign ministers and senior officials from countries including Egypt and Saudi Arabia at the UN General Assembly meeting in New York, as saying: “Enhancing and developing ties with neighbors and the region is a top priority for the new government in the Islamic republic of Iran.”

On the Iranian overtures, Soleiman also argues that the region is currently seeing major shifts in alliances and balances’, citing the talks between Egypt and Turkey to restore ties.

At this point, I could argue that the Egypt-Turkey case is totally different from the Egypt-Iran one when it comes to the restoration of bilateral relations.

Egypt has reservations on the Turkish behavior in the region. That’s right. But the Turkish side displayed more flexibility, responding to Egypt’s demands about suspending the satellite channels acting as mouthpieces of the Muslim Brotherhood backers overseas.

Yet, Iran has more dangerous and malicious objectives from establishing ties with a state like Egypt.

Egypt—a Sunni-majority country with a population of over 100 million—doesn’t allow and has never allowed Shiism to sneak into the country. For Egypt and its religious establishment, it’s a deeply sensitive issue.

The only president who visited Iran in over three decades was the late President Mohammed Morsi. Though the visit was part of the Non-aligned Movement Summit, many argue that it came in part because of the Muslim Brotherhood’s old ties with the Iranian theocracy. It was a bid to cement ties and lay the groundwork for deeper ties and broader cooperation.

It’s a visit that saw a reciprocal one by the former president of Iran Mahmoud Ahmadinejad, a one that sparked backlash from different political and religious spectrums in Cairo.

In addition to the concerns about the Shiite expansionism, there are some outstanding issues that hinder the restoration of ties between the two sides.  Egypt is confiscating Iranian ships and there are Iranian individuals who have been sentenced to death over smuggling of heroin and other drugs.

Iran is in bad need for friend like Egypt. It’s a populous country with sprawling political influence and deterrent military force. It’s the epicenter and the equalizing force in the Arab region. So Iran wants it on its side.

Yet, Iran has ambitions—mostly expansionist and malicious. They are mainly political and religious, notably centered on the dissemination of Shiism in Egypt—whose people have a special affection towards the Household of the Prophet, a heartstring on which Iran plays to sneak into the country’s Sufi-oriented segments.

“This point will remain one of the impediments to the restoration of ties between the two countries,” Soleiman added.

He also argued that the informal Iranian practices differ from the declared diplomatic positions. Egypt has well-established principles and agenda when it comes to the relations with Iran. Cairo seeks to prevent the interference in the internal affairs of countries such as Iraq, Syria, the Gulf States, Yemen and Egypt, ceasing support for the spread of Shiism and stopping the exporting of the Khomeini-led Iranian revolution.

Soleiman also said that Egypt doesn’t view Iran as an enemy, nor does it see it as a friend. Egypt has been keen to remain neuter during the crises that gripped the region. But that doesn’t mean it would renounce the Arab causes or condone the Iranian behaviors in the region.

On the talks between Merkel and El-Sisi, Soleiman said that they weren’t confined to the nuclear file, but extended to Iran’s behavior in the Middle East and its support for the militias throughout the region.

Royoran’s remarks on the aim behind the Iranian foreign policy are striking. He said that Iran’s attempting to establish ties with all countries in the region on ideological bases—unity of the Islamic world.

The comments are revealing. Iran simply wants governments embracing the same ideology of its regime for it to establish normal ties with them.

It isn’t the case for the Egyptian government. It’s anathema to political Islam groups, especially the Muslim Brotherhood. It doesn’t tolerate their presence or behavior. Nor will it tolerate their backers in Iran or elsewhere.

On balance, I could wholeheartedly argue that there will be no ties between Egypt and Iran in the near future. Furthermore, there will be normal relations between Ankara and Tehran as long as the two current governments in both countries are in power.

He is Egyptian journalist and political analyst. He focuses on the Iranian and Iraqi affairs as well as political Islam groups. He has works published in Vocal Europe, Mili Chronicle and elsewhere.

Be the first to comment at "Will Egypt restore ties with Iran soon? The answer is simply no"