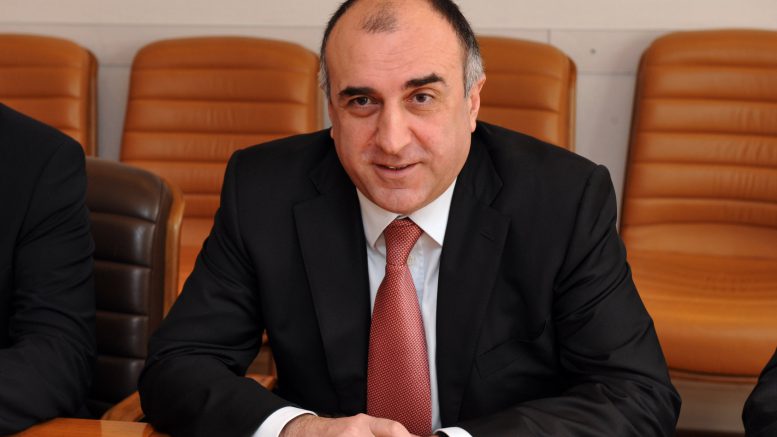 “The settlement of the Nagorno-Karabakh conflict is the main priority of Azerbaijan’s foreign policy.”

This was stated by Azerbaijani Foreign Minister Elmar Mammadyarov during a speech at the Diplomatic Academy of the Russian Foreign Ministry, APA reports.

According to the minister, the unresolved conflict has been the main obstacle to the development of the region: “For nearly 30 years, Azerbaijan and Armenia have come face to face with this problem. Yesterday, Russian Foreign Minister Sergey Lavrov and I discussed in detail the ways of settling the Nagorno-Karabakh conflict. This is discussed during the meetings not only by us the ministers, but also by the heads of the states of Azerbaijan and Russia.”

Then internally displaced persons must return to their homelands. It is necessary to restore communications, the railway line. All this will contribute to the economic development of the region. Then it will be necessary to consider the issue related to the status of Nagorno-Karabakh. During yesterday’s meeting with Lavrov, we also discussed these issues. I want to note once again that the main issue is the return of Armenian armed forces to their barracks. All these issues will be solved consecutively. “

Parliamentary elections will be held in Armenia on April 2. We also proposed to continue negotiations after this date” Mammadyarov stated.

Alexander Lapshin a provocateur or an innocent victim?

Gevorg Melikyan: “Armenia is an inadequate sociopath afraid of neighbors and has no friends”

Be the first to comment at "Elmar Mammadyarov: “As long as Armenia’s Armed Forces are in Karabakh, there will naturally be incidents”"