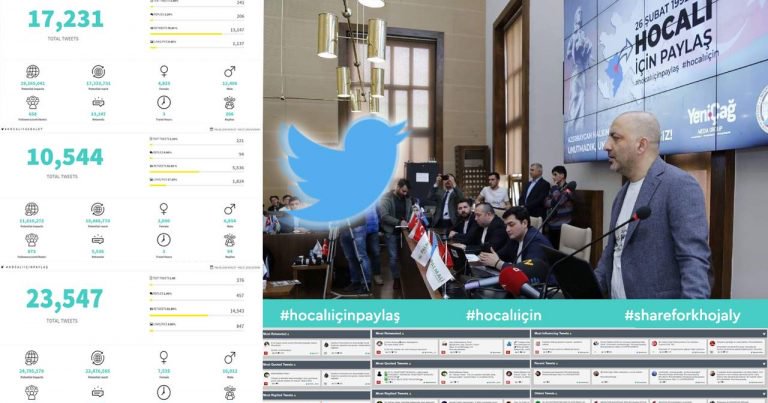 The event was held today in the Assembly hall of the University. The participants observed a minute of silence in tribute to the Khojaly victims.

The coordinators of “Share for Khojaly” project Agil Alesker, Nihat Allahyarli, and Rashid Mustafazadeh informed the attendees of the substance of the project.

Vice-rector of the Istanbul University Sedat Murad made an introductory statement and emphasized that the Turkic world with its heart and soul feels the pain of Khojaly. After that, he spoke of the so-called Armenian genocide and added that the Turkic nation has never subjected other peoples to discrimination.

Then, the member of Azerbaijan’s Parliament Sona Aliyeva drew attention to the importance of the international recognition of the Khojaly genocide.

The member of the Turkish Parliament Saffet Sancakli spoke after Aliyeva and compared two major tragedies in the XX century, committed against Muslims.

After that, the floor was given to Mubariz Mansimov, the President of “Palmali” Group of Companies. In his speech, he noted that Armenians are not divided into “good” and “bad”.

“We have the enemy and we have to fight using modern methods and heavy responsibility falls on our youth in this regard. That’s why I sincerely thank all young volunteers, who take part in our project”,- Masimov summarized.

Many academics, artists and cultural figures took part in the event. Famous Turkish singer and actress Hulya Avshar drew attention to the fraternity among Azerbaijan and Turkey. Famous singer and poet Ahmet Shafak also repeated the words of Avshar and added that he wrote many of his popular songs in brotherly Azerbaijan.

Heads of religious confessions in Azerbaijan appeal to international community

The War Intensified between Armenia and Azerbaijan