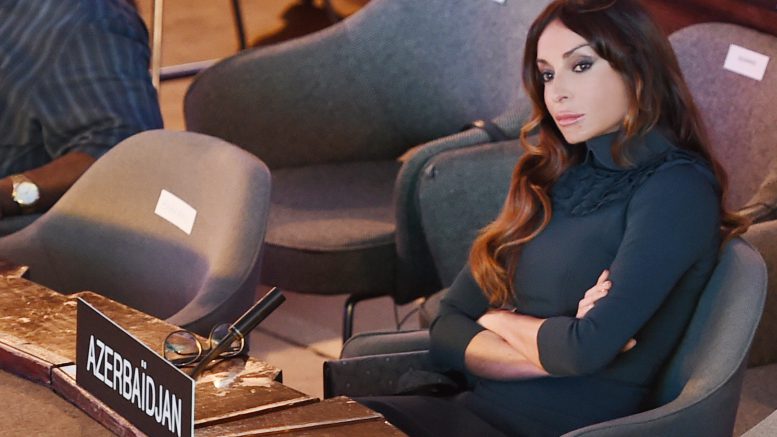 “Since Azerbaijan had gained its independence in 1991, we immediately faced big political, economic and humanitarian challenges that posed a real threat to our existence as an independent state. The most serious was the Armenian military aggression against Azerbaijan as a result of which 20 percent of the territory of Azerbaijan was occupied, including Nagorno Karabakh region and 7 regions around it, and the occupation is still ongoing”.

According to APA, that was said by First Vice-President of Azerbaijan Republic Mehriban Aliyeva at the audience in Royal pavilion in Paris organized on November 14 in honor of the bid of Azerbaijan’s capital Baku to host the upcoming EXPO 2025.

Mehriban Aliyeva noted that as a result of the ethnic cleansing carried out by Armenia more than a million of Azerbaijani people have become refugees and displaced persons.

Be the first to comment at "Mehriban Aliyeva: The territorial integrity of Azerbaijan must be restored"