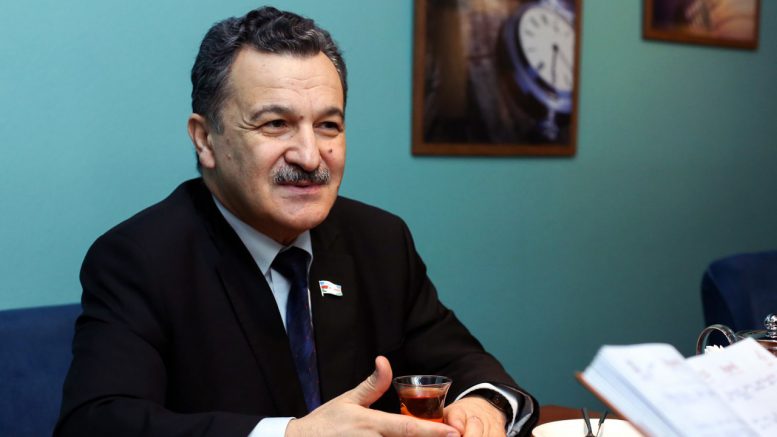 As is known, the CSTO secretary-general Nikolay Bordyuzha supported the Armenian provocation which took place on December 29, Thursday at the Armenian-Azerbaijani state border, simultaneously recognizing the “Nagorno-Karabakh Republic”.

Recall that Bordyuzha’s official statement, posted on the website of the CSTO, stated:

“We consider these actions on the territory of the CSTO member state as provocative, especially against the background of rather serious incident in Nagorno-Karabakh Republic, with the use of heavy weaponry and armored vehicles in April this year. You’d think that given the efforts that have been made from both sides, as well as the leaders of a number of states, the process of settlement of the Nagorno-Karabakh conflict would finally evolve more actively. However, the recent reports of regular ceasefire violations coming from the region, and especially another incident on December 29 which led to death of soldiers, raise serious concerns”.

The Azerbaijani Ministry of Foreign Affairs condemned the statement, calling it unacceptable.

In turn, the press service of Azerbaijani Ministry of Defence reported that the intelligence group of Armenian armed forces was ambushed while attempting to violate Azerbaijani state border.

During the clashes the enemy, having suffered significant casualties, was forced to retreat.

A few days later it became known that Bordyuzha has lost his position.

“All countries – members of the military alliance, except Armenia, unequivocally support the territorial integrity of Azerbaijan, and this means that provocative statement of the Secretary General is not only ungrounded, but also discredits this international entity.

I would like to draw the CSTO’s attention to the fact that a subversive group penetrated into the territory of Azerbaijan, not the other way around, – and as a result, clashes occurred exactly in the Azerbaijani territory. Having made the unjustified statement, Mr. Bordyuzha damaged the credibility of a respected and respectable organization. I’m sure the members of the military alliance should give a political assessment of the incident on the Armenian-Azerbaijani state border, and express their attitude to the provocative statements made by the secretary general. The military alliance should apologize to the Azerbaijani side”, – said the MP.

Further the MP expressed his opinion about the situation in the Armenian-Azerbaijani border.

“I think that the Armenian side resorted to yet another incident due to the upcoming parliamentary elections scheduled for April 2017.

In this way, in order to divert public attention from the accumulated socio-economic problems, domestic political turmoil, the current regime is trying to create artificial problems in the Azerbaijani-Armenian border.

It is difficult to say whether this incident could escalate into a large-scale military confrontation, everything will depend on circumstances that may occur in the front line”, – said the parliamentarian.

In conclusion, he noted that it is time for the ruling regime in Armenia to realize that Azerbaijan is in a position to resolve the conflict by military means if the Armenian side will continue to abandon peace negotiations and de-occupation of the occupied territories.

Be the first to comment at "MP Aydin Mirzazade: CSTO must apologize to Azerbaijan for Bordyuzha’s statement"