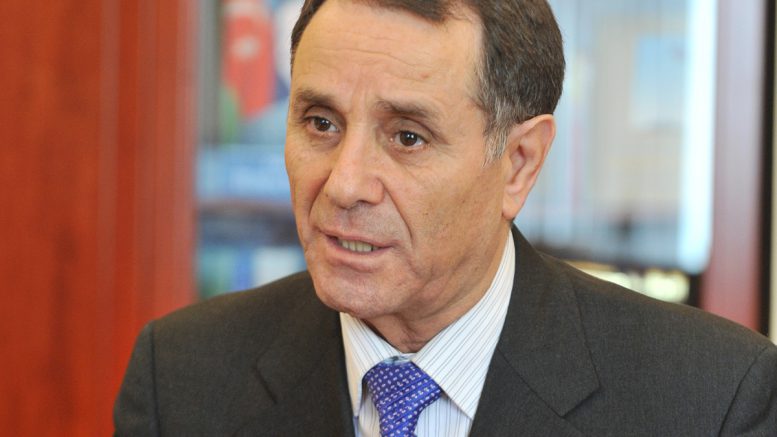 “A mechanism of international custody, which protects the interests of Azerbaijan and its people, already exists in various countries of the world.”

This is stated in the article of the deputy head of the presidential administration of Azerbaijan, the head of the division of external relations Novruz Mammadov, published in the newspaper “Azerbaijan”, Azeri Today reports with reference to APA.

According to him, the development of this process still plays an important role in the state policy: “Our country, we can say, has been working actively within the framework of international organizations. As a result, Azerbaijan has formed a positive image in the world and this reputation has already been established. This can be considered as the greatest achievement of Azerbaijan’s foreign policy. As a result of the implementation of the forthcoming tasks on foreign policy, the interests of geopolitical forces in the region and on the global scene are step by step balanced. This gives a chance to protect the interests of Azerbaijan, without falling under the influence of any of these countries.

Even in the hardest times of the crisis in the South Caucasus, Azerbaijan was able to maintain this balance through its flexible responses. This shows that foreign policy has been able to find a compromise point between the aspects of global security and aspects of regional security. Due to the flexibility of foreign policy, Azerbaijan has risen to the level of the leading country in the South Caucasus over the past period. For just over 20 years, our country has laid the foundation for two projects of international importance in the field of energy, and has become one of the guarantors of energy security on a regional and global scale. Azerbaijan is recognized as a state that offers a model of long-term economic cooperation, multiculturalism, intercultural and interreligious dialogue.”

Eugene Chausovsky: US strategy in the Caucasus is not likely to shift in a major way

Be the first to comment at "Novruz Mammadov: “Azerbaijan has become leading country in the South Caucasus”"