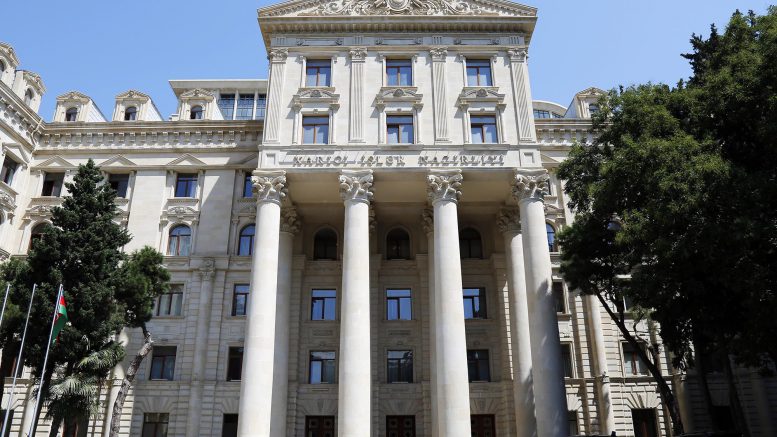 The statement of the Armenian leadership, which has lost influence both domestically and internationally, is another statement targeted to a domestic audience. The head of the press service of the Azerbaijani Foreign Ministry Hikmet Hajiyev told Trend on Tuesday, commenting on the statement made on August 1 by Armenian President Serzh Sargsyan regarding Nagorno-Karabakh.

According to Hajiyev, the statement made by Sargsyan once again shows that the political leadership of Armenia, being a hostage of the past century, is not aware of today’s reality, and has a “warlord” mindset, typical for the 80s of the last century.

Foreign Ministry spokesman said that in order to refresh their memory, it would be worth  to remind the leadership of Armenia, that falsifies the history, of the “Maragha-150” monument, installed in 1978 in the village of Maragha Agdere district in honor of the 150th anniversary of the resettlement of Armenians in Karabakh.

“After Armenia started to put forward territorial claims against Azerbaijan, Armenians deliberately destroyed the “Maragha-150” monument in 1988. According to this logic, Armenians may have territorial claims against other countries as well, where they lived for several decades before the resettlement, stating that it was their “historical Armenian land”, – said Hajiyev.

According to him, Nagorno-Karabakh, temporarily being under the occupation of the armed forces of Armenia, is an integral historical and sovereign territory of Azerbaijan.

“Sooner or later, the sovereignty of Azerbaijan over Nagorno-Karabakh will be fully restored. Let there be no doubt”, – said Foreign Ministry spokesman.

Jagland: “The issue of “Armenian genocide “is best left to historians”

Be the first to comment at "Baku: Azerbaijan will restore its sovereignty over Karabakh"