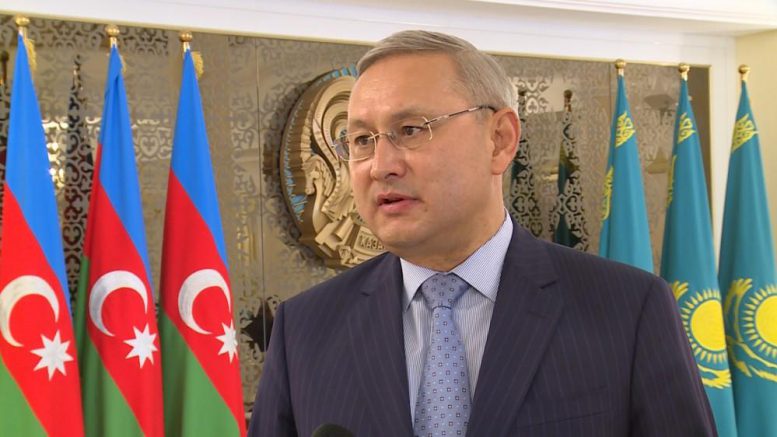 Over the past 10 years, Azerbaijan has achieved impressive progress in the development of the national economy, ambassador added.

“We are pleased to see the growing influence of the country”, ambassador said.

Isabayev noted that Azerbaijan is one of the key regional participants of the global energy policy.

Minister of Energy of Azerbaijan Parviz Shahbazov congratulated the Ambassador of Kazakhstan and all the people of Kazakhstan on the 26th anniversary of independence. He noted that during independence, under the leadership of President Nursultan Nazarbayev, Kazakhstan has become one of the leading countries of the region.

“Relations between Kazakhstan and Azerbaijan are dynamically developing in many spheres, and especially in the energy sphere and serve as an example of strong mutual cooperation”, minister said.

Azerbaijan is invited to the OPEC meeting in Vienna

Turkey-Armenia relations can be normalized under terms accepted by Azerbaijan