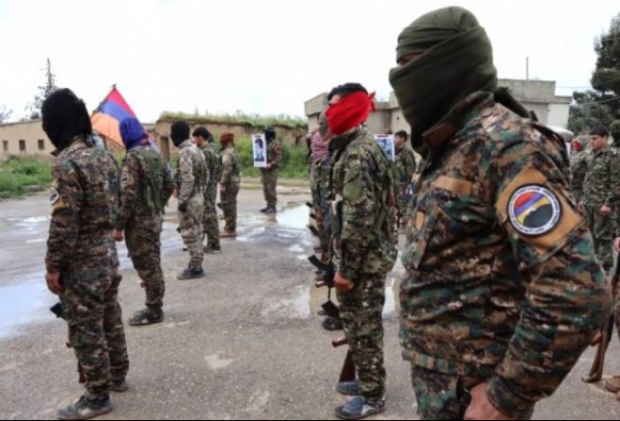 The militants are paid for a one-way ticket. In Russia they will face a criminal prosecution

Militants of Armenian descent, who are citizens of the United States, France and even Russia, are involved in the military conflict between Azerbaijan and Armenia in Nagorno-Karabakh. Diasporas and institutions disguised as public organizations play an important role in recruiting mercenaries. They attract “volunteers” – foreign citizens of Armenian origin. However, the participants in the conflict with Russian passports will face criminal prosecution for participation in an illegal armed group upon their return. The issue of involvement of mercenaries is of great concern to international mediators resolving the situation in Nagorno-Karabakh. The head of the Russian Foreign Intelligence Service, Sergei Naryshkin, made an explicit statement about the involvement in the conflict of, among others, Kurdish extremist groups. The influx of “volunteer” groups in Karabakh has already attracted the attention of the Russian media, which found out that for the most part the militants involved in Karabakh are of Armenian origin, but they have citizenships of the United States, France and even Russia.

Members of such formations, with whom Novaya Gazeta and the BBC spoke, openly say that they have arrived in the combat zone to fight with Azerbaijanis – even if not in the ranks of the armed forces of Armenia. “Vacationers” are not much worried about legality of this in the country of their permanent residence.

History to a certain extent repeats itself: in the 1990s, fighters from different parts of the world flocked to Armenia. A prime example is field commander Monte Melkonyan, who came to Karabakh from Yemen, after serving a term in a French prison and gaining experience in wars in the Middle East and Europe.

Recruiters also make no pretense of confidentiality. Public organization VoMA Center declares that its goal is to create “solid back-up” and “reserve army” to fight against “enemies of Armenia”. “Our army is our ally, and we are a prepared reserve from Armenia and the Diaspora,” is stated on their website.

One of the latest initiatives of the organization is formation of some kind of a mountain rifle battalion. “After finishing accelerated courses of military training, our battalion under the command of the Armenian Defense Ministry will be sent into combat actions in the assigned territories,” the VoMA Center explicitly promises. A special offer was made for the Armenians from Russia: they are promised “charter flights” from Moscow to Yerevan with partial or full payment for a one-way flight.

The time of the formation of the battalion is also interesting. If you study the videos of the VOMA Center, you get the impression that the final stage of the creation of the military unit fell on the interval between July events in Tovuz and current escalation in Karabakh.

Video and photo materials of the organization can also tell much more. For example, the fact that the VOMA Center students are trained and supplied with good and expensive equipment, the purchase of which, as it is assumed in Baku, is paid directly by the Armenian Ministry of Defense. However, most of the VoMA Center’s budget is formed by donations from individuals, including foreign diaspora. On the official website of the organization there is a special section for making “donations”. However, VoMA Center is unlikely to be a monopolist in creation of international combat units. It is possible that there are many more of such recruiting centers.

In this regard, concerns about the composition of the forces fighting on the side of Armenia are well founded. As well as the question: what will the militants who have gained experience in war and access to weapons do when the fighting in Nagorno-Karabakh is over? This is not an idle question, given the recruitment of Russian citizens of Armenian origin by the VOMA Center, especially since there have already been cases of smuggling of weapons from the combat zone and their use in Russia.

Appeals to join the “volunteer” battalions were made even by the head of the Union of Armenians of Russia Ara Abrahamyan and High Commissioner for Diaspora Affairs of Armenia Zareh Sinanyan. However, participation in an armed formation abroad, according to Art. 208 of the Criminal Code of the Russian Federation (organization of an illegal armed formation or participation in it) is punishable in Russia by a prison term of up to 15 years. There is a reason why VOMA Center pays for a one-way ticket. Upon return to Russia, the mercenaries may face legal responsibility for their actions.

American co-chair on meeting between Aliyev and Sargsyan

Hikmat Hajiyev: “Azerbaijan has the right to defend itself”