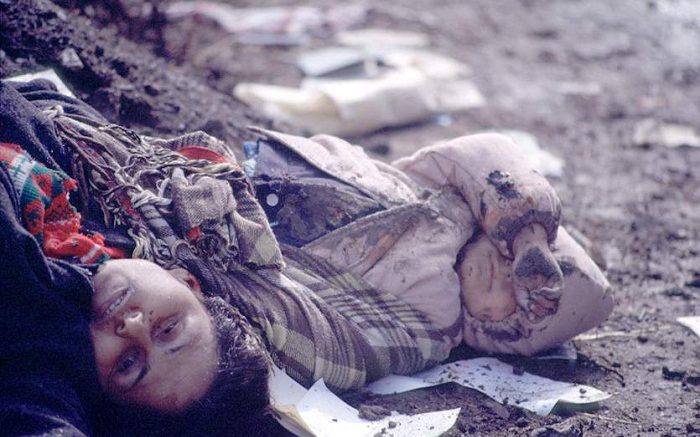 On Tuesday, February 27, the Sixth Convention of the European Congress of Azerbaijanis began its work in Amsterdam. The Convention was timed to the 26th anniversary of the Khojaly tragedy.
The congress was attended by Assistant to the President of Azerbaijan for Public and Political Issues Ali Hasanov, Chairman of the State Committee for Work with the Diaspora Nazim Ibrahimov, Azerbaijani Ambassador to the European Union Fuad Isgandarov, well-known representatives of the diaspora and Azerbaijani public.
The assistant to the President of Azerbaijan Ali Hasanov spoke about the information and military-political aggression, unleashed by Armenia against Azerbaijan. The consequences of the Armenian intervention, occupation policy, and the need for preventive measures: all these were reflected in the speech of the state official.
Ali Hasanov turned to the sources of the Armenian-Azerbaijani conflict – the deportation of Azerbaijanis from Armenia.
“In 1948-53, Azerbaijanis began to be evicted and deported from Armenia. And, of course, it was the purposeful policy of the villain Stalin”, – haqqin.az quotes him.
According to Ali Hasanov Azerbaijan has the most combat-capable and perfect in a military-technical way army in the region. “Azerbaijan annually spends 3-4 billion dollars to ensure its security”, he reminded.
“And our state proved its strength during the April war. If we are not impeded, we can liberate all the occupied territories within a week, or maximum a month”, – he said.
According to him, Azerbaijan is not a militaristic state, but is forced to strengthen its defensive capability in order to liberate the occupied territory in the future.
A.Hasanov also noted that Azerbaijan and Azerbaijanis in Europe are opposed by a powerful Armenian diaspora with an extensive network and centers in Brussels, London and Paris: “They are very powerful and they have very strong and close ties with the European elite. And in many ways this is an unequal battle”.

Tofig Zulfugarov: The participation of Azerbaijan in the negotiations should be suspended

Statement of the State Commission on Elnur Huseynzade detained by Armenians

Be the first to comment at "Ali Hasanov called Stalin a villain and claimed that Azerbaijan can return Karabakh within a week."