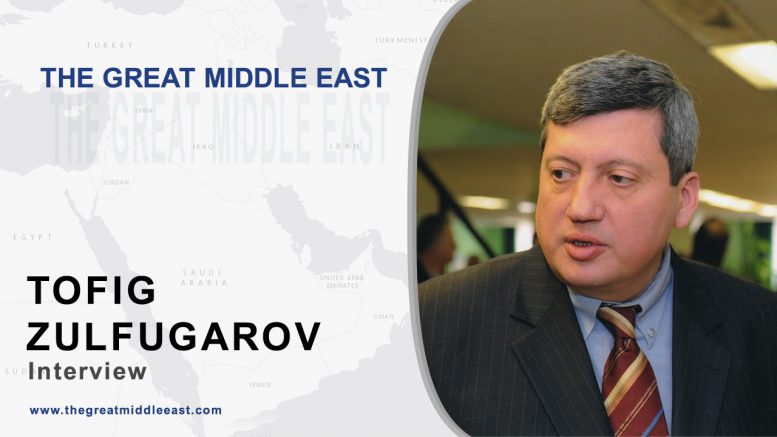 The Nagorno-Karabakh conflict is one of the first conflicts in the USSR and maybe the bloodiest one in the South Caucasus. Over a million Azerbaijanis have become refugees or displaced persons as a result of the armed aggression of the Republic of Armenia and the occupation of about 20% of the territory of Azerbaijan and total ethnic cleansing in the occupied territories. Once in a while, there are intense clashes on the contact line of Armenian and Azerbaijani troops in Karabakh, sometimes escalating into large-scale military actions involving the use of heavy artillery and aviation. The last major aggravation was observed in April 2016. Recently, Azerbaijani settlements, located in the immediate vicinity of the contact line, were subjected to intense shelling. As a result of another shelling from the Armenian side on July 4, residents of the village of Alkhanli, a woman and a 2-year-old girl, were killed, another resident was seriously wounded. This event received considerable attention both in Azerbaijan and in neighboring countries. With a request to comment on the recent aggravation between Azerbaijan and Armenia, as well as to share his view on a number of other urgent issues, we turned to the former Foreign Minister of Azerbaijan Tofig Zulfugarov.

A deplorable event happened, the death of civilians, a child, and this is because Armenia’s policy on the settlement of the conflict is imitative and is not aimed at achieving any result. The main goal is to create conditions for the full annexation of the occupied territories of Azerbaijan, and therefore there is no intention to settle the conflict. This, of course, became possible, because the co-chairs of the Minsk Group, the body that was authorized by the UN to resolve this conflict, do not show enough determination, dedication aimed at the settlement, fair solution and eliminating the consequences of Armenia’s armed aggression against Azerbaijan. The Azerbaijani public and the Azerbaijani state certainly cannot tolerate the present situation when hundreds of thousands of our compatriots cannot return to their homes for many years, and therefore the tension on the contact line is rising. The fallacy of the co-chairs’ actions also lies in the fact that, driven by the Armenian side, they are actually condoning the situation of freezing the conflict, freezing the contact line, which Armenians eventually want to turn into a new state border, and consolidate their annexation. Here is the background on which the recent tragic events unfolded.

As to how the Azerbaijani side should have reacted to it, I am in favor of the widespread opinion that this process of negotiations, in essence, is not the real negotiations, but rather an imitation of the negotiation process. Therefore, the participation of Azerbaijan in the negotiations should be suspended. As a condition for the resumption of the participation in the negotiation process, Azerbaijan should demand the Armenian side to unilaterally withdraw its forces from 20 to 50 km inland from the contact line, thus creating a mechanism that prevents the Armenian forces from shelling Azerbaijani settlements. The situation is that the Azerbaijani side of the contact line is inhabited by the civilians who live there on an ongoing basis, on the other side of the contact line, there are the occupied territories of Azerbaijan, where there is no peaceful population there as a result of total ethnic cleansing. With this step, the Armenian side can prove the desire for a peaceful solution to the conflict. I believe that this step of the Armenian side will increase confidence between the parties, and they will be able to discuss the further settlement in a constructive manner.

Armenian Foreign Minister Eduard Nalbandyan has recently stated that they managed to achieve diplomatic isolation of Azerbaijan through the efforts of Armenian diplomacy. How would you comment on this?

I think that there are reasons for such an assertion, because the policy and actions of the Co-chairs just enable them to assume that this absurd occupation policy of the Armenian authorities is supported and understood by the Co-chairs. Therefore, it became possible to make such statements. In this regard, Azerbaijan should radically review the settlement issue, change its position towards a greater determination and effectiveness of the foreign policy. I am sure that there is a great potential for our Foreign Ministry to act more effectively on the settlement of the conflict. Unfortunately, the privacy of this issue and the fact that even the MFA is not involved in these issues, in most, even at the deputy minister’s level, means that the great potential of our diplomacy is simply not used.

It seems to me that Russia’s declared interest in Azerbaijan’s participating in some integration processes is more of a propagandistic nature. Because the system of those interests that will be fulfilled or the preferences that Azerbaijan will receive as a result of joining these projects are not clearly outlined. And neither the Azerbaijani community nor the Azerbaijani authorities can clearly understand what Azerbaijan will get from joining this project. Roughly speaking, you need to know specifically what you will get in exchange.

It seems that Azerbaijan should, in its policy, be guided by the fact that it has good relations with all participants of this conflict. Moreover, attempts to impart elements of religious coloring to this conflict, to show this as the contradictions between Sunnis and Shi’ites are absolutely wrong in the Azerbaijani context. The population of Azerbaijan consists of Sunnis and Shiites, and the experience of the coexistence of these two interpretations of Islam shows that Azerbaijan has successfully solved these issues. It would be natural if Azerbaijan continues its line of rendering good offices to both sides of the conflict, in order to try to resolve the issues peacefully, through dialogue. Therefore, in this context, I think that Azerbaijan will be more useful, to its traditional and good partners, which are available in both camps. I believe that this position would be more correct, and as practice shows, Azerbaijan intends to adhere to this position.

If the Karabakh problem is getting sweet-talked, then prepare for war

Be the first to comment at "Tofig Zulfugarov: The participation of Azerbaijan in the negotiations should be suspended"