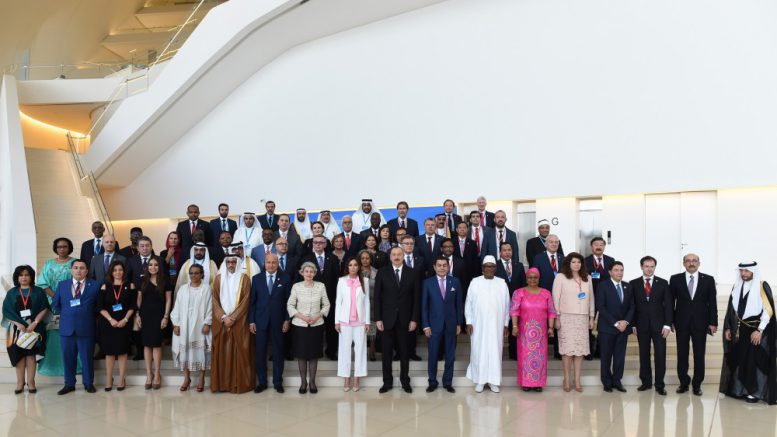 According to Report, the opening ceremony will be attended by the President of Azerbaijan Ilham Aliyev.

The agenda will include topics such as the role of faith, religions, migration, human security, sport, education, art, sustainable development, preventing violent extremism, business in building trust and cooperation among cultures and civilizations.

In this context, it aims to be an international platform to enable and encourage people, countries and organizations around the globe to take concrete actions to support diversity, dialogue and mutual understanding among nations by raising awareness on the importance of intercultural dialogue worldwide.

“The World Forum on Intercultural Dialogue in Baku was transformed into a global international event for discussing important issues of the world agenda” Azerbaijani President Ilham Aliyev said at the opening ceremony.

“Six years ago we launched an initiative to establish a forum, since that time the forum has been transformed into a global international event, an important platform for discussing important issues of the world program, international dialogue” the president said, noting the importance of the discussions that will be held in these two days.

“Azerbaijan has for centuries been a place where civilizations and cultures met” Ilham Aliyev said, noting that the geography, the history of the country, and the development of Azerbaijan contributed to this.

“Azerbaijan is a multi-ethnic, multi-confessional state, representatives of different religions live here in peace and harmony” the president said.

Standard of halal tourism to be introduced in Azerbaijan

Ilham Aliyev to attend the NATO summit in Warsaw today