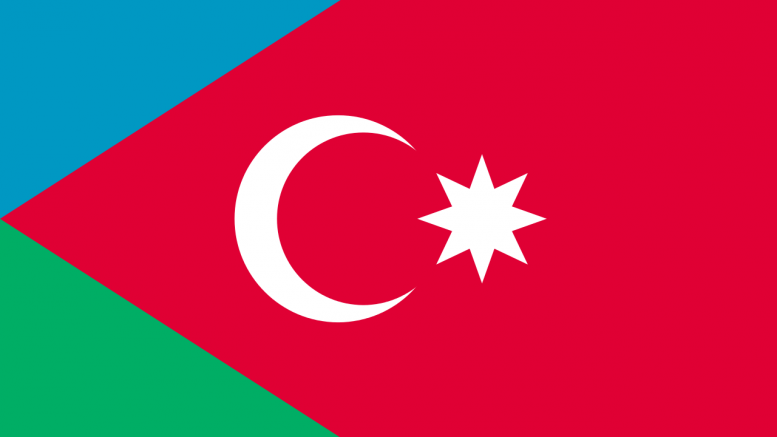 Azerbaijan National Resistance Organization (ANRO) appealed to the US president Donald Trump. Azerbaijanis living in Iran, asked Trump not to consider them as Iranians, so they could circumvent the new immigration law, according to which the States denied entry to citizens of seven countries – Iran, Yemen, Somalia, Iraq, Libya, Syria and Sudan.
As haqqin.az reports, ANRO spokesperson, activist Babek Chalabiyanli informed the Arabian Alweeam about this.
Congratulating Trump on his election as President, Chalabiyanli informed the President that his organization protects the interests of Azerbaijanis in Iran.
“We would like to inform you that the Iranian regime has taken our ancestral lands by force and violence, – the letter says. – We, the people of South Azerbaijan, declare that South Azerbaijan is not Iran. We have spent many years peacefully struggling for freedom and the final liberation from the domination and oppression of the Iranian regime. In this regard, many activists of South Azerbaijan in recent decades have been forced to leave their homes and seek asylum in Europe and the USA.

Your recent order denying entry into the United States to citizens of seven countries will have a negative impact on the activities of South Azerbaijanis. On behalf of ANRO, we sincerely invite you to separate the people of South Azerbaijan from Iranian regime loyalists.
I enclose herewith several documents that will introduce you to the Azerbaijan national movement in Iran and our organization. We look forward to the opportunity of meeting with you and discussing in more detail the situation in Iran, as well as our movement. We look forward to cooperating. “
The history of South Azerbaijan and the establishment of the national resistance organization are described in the attached documents.
“South Azerbaijan and the National Movement of Azerbaijan cover a vast region in the northwest of Iran, – writes Chalabiyanli to Trump. – There are predominantly Azerbaijanis living there. Throughout the entire last millennium Iran was mostly ruled by Turks. It had been so until the overthrow of the Azerbaijani Qajar dynasty in 1925, whereupon the Persian nationalism became dominant and Arabism, Anti-Turkism and Anti-Islamism became the basis for the formation of the modern Iranian state. The new government instituted a policy of eliminating all non-Persian cultural and historical heritage, erasing all Azerbaijani.

South Azerbaijan, which had been the most modern and developed region in the empire for centuries, was suddenly deprived of their economic status and rapidly became one of the poorest. Over the past eight decades, the people of South Azerbaijan have been subjected to economic, political, social and cultural discrimination and oppression.
Azerbaijan National Resistance Organization was established in 2006. ANRO advocates economic, political, social and cultural rights and freedom of residents of South Azerbaijan. ANRO condemns violence in any form, particularly from the state.
We are firmly convinced that all the necessary conditions for the self-determination of Azerbaijanis in South Azerbaijan must be met, and that self-determination is a legitimate right of our people. ”
Note that this letter has caused a storm of indignation in the Iranian media, and has led to attacks on the Arabian agency.

Asker Akbarzade is persecuted in Iran for Azerbaijani language

Why is South Azerbaijan rebelling?