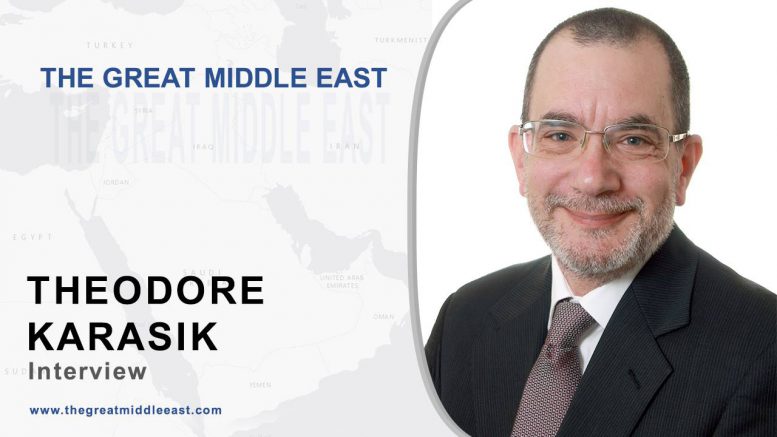 Donald Trump’s election can significantly adjust US policy in the Middle East, including the issues on Syria and Iran. We discussed it with Theodore Karasik, Senior Advisor to Gulf State Analytics in Washington DC.

During the US presidential campaign, almost the entire Russian propaganda campaigned for Trump. The expert communities, journalists, all with one voice were agitating for Donald Trump, characterizing him as almost a dove of peace. In your opinion, will the Kremlin be able to agree with Trump on the Syrian issue and generally divide spheres of influence in the Middle East?

Russia is recognizing that President Donald Trump is not a pushover.  Trump is assembling a coherent team that recognizes Moscow’s value added to resolving clear and present dangers in the MENA region. In turn, the Kremlin sees Trump’s emerging national security entourage as known personalities whose acumen has been proven over time, now to be made proactive in the 45th President’s Administration.  To be sure, Trump inherits Obama’s failed policy towards Russia; the current White House allowed relations with Moscow to deteriorate to the point of both sides raising the specter of nuclear war.  In January 2017, there exists an excellent opportunity to work on mutual security issues in Eastern Europe, Ukraine and surrounding environs as the Trump Administration rewords its relationship with NATO.  There will be rough spots between Washington and Moscow in the near term but a possible division of geographic labor may be in the works that will allow healthy spheres of influence in the form of burden sharing.

In the Middle East, the tension between Iran and Saudi Arabia still does not subside; Iran seeks to use the Shiites inhabiting Saudi Arabia against the regime. And yet, in Iran itself, there is a large Azerbaijani community living in South Azerbaijan, which is unhappy with the mullahcrat regime from time to time.  Do you think that countries such as Saudi Arabia or, for example, Israel can play the Azerbaijan card against Tehran?

South Azerbaijan is not tranquil.  In the past dozen years, violence erupted in Tabriz and surrounding cities over anti-Azeri cultural insults propagated on Iranian state television.  Several deaths and arrests are notable and the Mullahcrats keep a close hold.  The Iranian authorities take these incidents seriously:  there are tens of thousands of pro-Azeris who are seeking a greater voice and potential autonomy in order to later reunify into a larger Azeri nation with the Azerbaijan Republic. This desire is not new and deeply embedded in the local psyche.

Within the context of helping create a campaign to destabilize South Azerbaijan by Israel or Saudi Arabia is not possible in the current context.  In the past, the Israelis used Azerbaijan as an outpost to monitor the Islamic Republic.  Saudi Arabia may seek to bring Azerbaijan into the Islamic Military Alliance Fighting Terrorism (IMAFT).  Although Azerbaijan Republic may serve as a launch point in some future contingency, the geo-political conditions now in the wake of the North-South Transit Corridor signed a few months ago is binding Azerbaijan between Russia and Iran, a historical condition that seems to keep repeating itself.

Many have accused the Obama Administration of having a too soft position on Iran. Do you think Trump will stick to Obama’s policy? Or does he have his own plans for Iran?

The Trump Administration seeks to re-negotiate the Joint Comprehensive Plan of Action (JCPOA).  This fact is not bad news.  Iran’s evolving military technical capabilities specifically in ballistic and cruise missile arena needs to be checked.  The Trump Administration will push Iran hard with very tempting offers for openings in business opportunities.  The 45th President is seeking to pressure Iran hard especially with the 2017 Iranian presidential election in mind. To be sure, Trump’s Executive Orders will be used in various ways to push Tehran hard.  There will be dividends that Arab countries, specifically the GCC, will warmly welcome.

During Obama’s presidency, relations between the Arabian monarchies and Washington have grown cold noticeably. During the campaign, Trump added fuel to the fire with his statements about Muslims. What do you think may happen in the next 4 years? Will Washington lose these countries completely? Or will measures be taken to overcome the crisis?

The Arabian monarchies’ relationship with the United States may have grown cold in the political sphere but in the military to military relationship, relations are excellent. Operation Inherent Storm, fighting against Islamic State in the Levant, and assistance to the Saudi-led coalition, fighting the Houthi rebels, is deeply appreciated by America’s Gulf allies.

The GCC states are greatly disappointed not only in the Obama Administration’s Middle East policies- are lack thereof—but also because of JASTA (Justice Against Sponsors of Terrorism Act).  JASTA, combined with Trump’s presidency and potential changes in American foreign policy towards the GCC, is making GCC countries uncertain about what comes next in the US-Gulf relationship.  There is no doubt that the security relationships will continue in a robust manner given the in-coming US Defense Secretary’s robust relationship with Arab allies.

Politically, the GCC relationship with an America that treats Muslims poorly is another story.  The idea of a Muslim Registry in the United States will not be welcomed and threats by Gulf Arab states against America may be met with little more than a shrug, simply because GCC states are not in a position to pull out their assets from their American investments.  Nevertheless, GCC’s vocal disappointment to moderate American positions against Muslims may become in vogue.

Finally, the Trump presidency may see Wahhabism and Violent Salafism as one in the same poison.  This unfortunate view lumps together Saudi Arabia with Islamic State and al-Qaeda which in American eyes may sour relations between Washington and the Kingdom greatly.  America cannot afford this potential intellectual and academic mistake of conflating Wahhabism with Violent Salafism based on ignorance and Islamophobia.

Can China replace the US in the Middle East?

Asker Akbarzade is persecuted in Iran for Azerbaijani language

Be the first to comment at "Theodore Karasik: Trump presidency may see Wahhabism and Violent Salafism as one in the same poison"