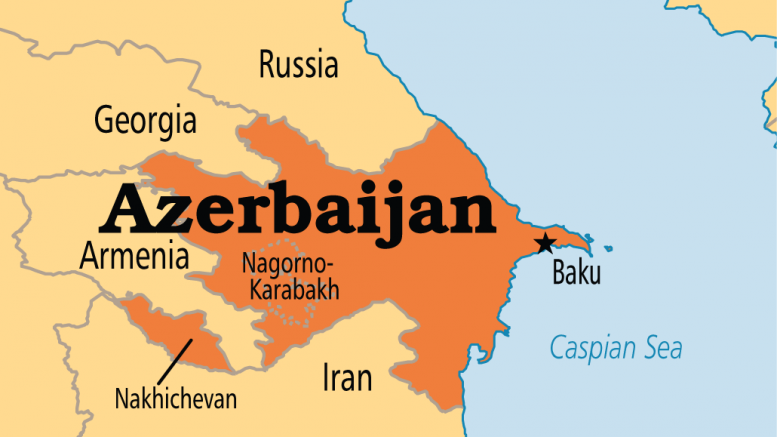 Active discussions are going on over a two-day visit of Minister of Defense of Russia Sergey Shoigu to Azerbaijan. Interestingly, almost every day there are new interesting details about this visit.

In fact, this is no coincidence. Firstly, because Sergey Shoigu is not an ordinary person, but the defense minister of such a major state and arms exporter as Russia, the person closest to the military-industrial complex and the one who stands at the head of the Generalitat.  At the same time, President Vladimir Putin trusts him.

On the other hand, Shoigu paid a visit to Baku immediately after Vladimir Putin’s visit, which gave him an even greater importance. It seems that after returning from Azerbaijan Putin himself sent Shoigu because of some agreements and plans, pending operational decisions.

Another important factor underpinning this conclusion is the visit of Minister of Defense of Azerbaijan Zakir Hasanov to Moscow two days before Shoigu’s visit, where he held talks with his counterpart.

Interestingly, yesterday the prestigious Russian newspaper “Izvestia” published an article stating that during his visit to Baku Shoigu presented a military plan to the leadership of Azerbaijan. The newspaper writes:

“During the meeting held in Baku between the Russian Minister of Defense Sergey Shoigu and his Azerbaijani counterpart, the sides exchanged plans to create a system of collective security in the Caspian Sea. The ultimate goal of these efforts is to strengthen confidence and prevent incidents in the region”.

“At the same time they discussed changes in the nomenclature of Russian arms supplies to Azerbaijan”, – the newspaper writes, with reference to an informed source in the military and diplomatic circles.

According to a source of “Izvestia”, during his visit to Baku, Sergey Shoigu handed the package of proposals from the Russian Defense Ministry to the leadership of the republic and received counterproposals from the Azerbaijani side.

“It is now for the parties to reconcile their positions”, – emphasizes the newspaper.

Another important topic of the talks, which Shoigu held in Baku, was military-technical cooperation between Russia and Azerbaijan. The source of “Izvestia” said that this is about the partial revision of a major contract, signed a few years ago.

Let us remind, that before the meeting in Baku with Zakir Hasanov, Shoigu said:

“We have a large program of military and military-technical cooperation, which also requires its own adjustments and solving a number of issues”.

Then, the newspaper writes: “The Ministry of Defense of Azerbaijan was unable to inform about any weapons involved. However, the chief editor of the magazine “Export of arms” Andrey Frolov noted that as of today there is a certain total amount of the contract, within which the Azerbaijanis want to turn down the supply of certain previously agreed positions, in order to replace them with others. Perhaps it is for the purchase of ammunition, such as MLRS “Smerch”, in exchange for those utilized during the deteriorating situation in Karabakh, as it is more urgent than the purchase of heavy systems. Baku may also refuse BMP-3 – it is not the priority equipment in a specific theater of operations. They may be replaced by strike systems: the new “Smerch ” or self-propelled artillery – say, a new self-propelled artillery “Msta”. Azerbaijanis can buy more combat Mi-35 helicopters. Baku may also be interested in anti-aircraft complexes “Pantsir”, which are effective against drones and tactical missiles”.

As you can see, Moscow and Baku have almost reached a new agreement in the military and military-technical spheres, and if we consider information of “Izvestia” reliable, the parties are entering a new stage of military cooperation. However, before that the Azerbaijani side should concretely communicate its desire to the opposite side.

As emphasized by the publication, “it is now for the parties to reconcile their positions”.  Probably, this process will not take long, and Baku’s answer will be not long in coming. At least, because the military and military-technical issues cannot afford delay.  In addition, there is the unresolved Karabakh conflict.

The thing is that by selling advanced weapons to Azerbaijan, Russia, along with commercial interest, is pursuing political and geo-strategic objectives as well.  This includes providing military needs of Azerbaijan, tie it stronger to the Kremlin, include it in the Eurasian projects and CSTO; providing certain progress on Karabakh, create a fertile ground for the introduction of its peacekeepers in the conflict zone.

A large US strategy for the Middle East