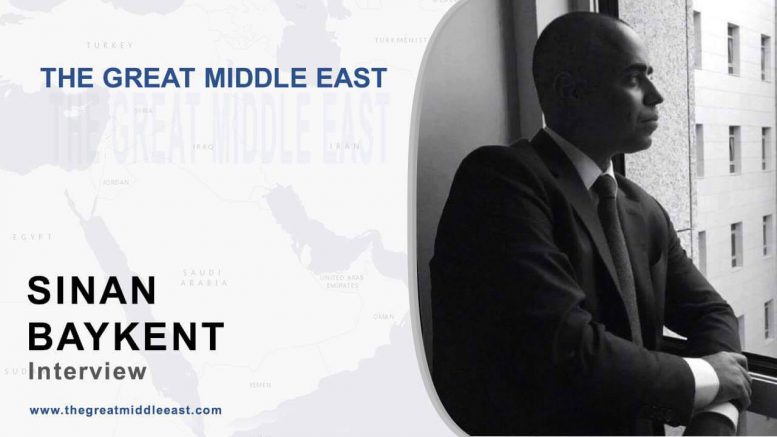 The events of 1915 in the Ottoman Empire are perceived as a “genocide” by certain academic and political circles. Turkey rejects such an interpretation of the issue. Here is an interview with a Turkish political analyst Sinan Baykent. On the topic of the 1915 events, and how different countries use history for political purposes.

Recently, the Bundestag adopted a document which recognized the events of 1915 in the Ottoman Empire as genocide. Ankara has traditionally seen Germany as an ally. In your opinion, what were the German MPs guided by when they accepted this document?

Indeed, the alliance between Germany and Turkey has a long history. But one should emphasize the role of present conjuncture in order to apprehend current bilateral relations. Whereas Germany is no longer the Germany of Wilhelm II, proclaiming itself as “Protector of All Muslims”, Turkey isn’t the same Turkey under the rule of Enver Pascha, following a foreign policy centered on germanophile sentiments. Times have changed along with ideas, paradigms and actors. Islamophobia at one hand, anti-Western stances on the other are the predominant values in those respective countries. Following the downfall of 1945 and the reunification of 1989, Germany has chosen to adopt “Judeo-Christian values” as its own legitimate ideological compass. Judeo-Christian values are intrinsically and deeply islamophobic. The impact of 9/11 has served to crystallize and accentuate the core of this essence. Bilateral relations between two countries should be analyzed through two different chronological perspectives: first, bilateral relations before 1945 and secondly bilateral relations after 9/11. One can easily see how the two countries were bound to each other before 1945 on almost every aspect (at least on the majority of general issues) of that time. After 9/11, however, Turkey was naturally classified as a “potential threat” (informally, of course) since it’s a country with a large Muslim population. Even if the rise of AKP as the sole governing party in Turkey was considered positively by the West at first, liberal enthusiasts quickly acknowledged that reality was very different (especially since 2007). AKP pursued (and is still pursuing) a strictly religious and Sunni orientated agenda. This agenda reached its paroxysm between 2011 and 2015, especially during the Syrian war (cooled down today). The issue concerning the flux of Syrian refugees in direction of the Old Continent and the simultaneous threatening political stance adopted by Erdogan on the matter are significant factors contributing to the deterioration of bilateral relations between the two countries. Merkel is not a fan of Erdogan; the world knows it. But she’s also not a fan of multicultural policies inside Germany. Politics of blackmail adopted by Erdogan on issues related to Syrian war and Syrian refugees eventually irritated Merkel. In the 21st century, diplomatic courtesy requires asymmetrical responses. This is what Russia did to Turkey in response of the downed jet and this is what Turkey did to Israel after the Mavi Marmara incident. Well, the adoption of the document which recognized the events of 1915 represents the asymmetrical diplomatic response of Germany to Turkey in light of the refugee crisis. As long as European nations choose to express themselves in terms of Judeo-Christian values (a post-WW2 invention) and as long as Turkey keeps on favoring the Middle East over the West and Europe, similar developments will certainly continue to occur in the near future.

The National Assembly of France approved the bill, which includes criminal prosecution and a large fine for denial of “Armenian genocide”. What do you think, why the Armenian side seeks to achieve punishment for denial of the “genocide”?

There is an important number of Armenians living in France and they represent a considerable source of polls in this regard. France and Germany have similar attitudes vis-a-vis the Turkish Republic. Both are financing and supporting the PKK (for different reasons, but still), both are conservative regarding their respective Christian traditions and finally both are leaders of the European Union, chasing power in the Middle East. One should recall that Armenia was the first nation on earth to accept Christianity as its official state religion. Thus it represents an important symbol for Christian countries, like France and – why not – Germany. Armenia has also its own geo-strategical importance. It’s the gate par excellence opening to Russia and Asia. It was no coincidence if the Treaty of Sevres gave unrealistic proportions of land in Anatolia to Armenia in 1920. Concerning the issue related to the so-called “genocide”, it encompasses number of means to achieve greater goals. And what do I mean by that? All nationalistic forms of political will are followed by an idea of an imaginary national soil. Armenian nationalism has its own. This specific imaginary soil is shaped, mostly, inside actual Turkish borders. Thanks to a well-organized, coordinated and disciplined diaspora in Western countries, Armenia is trying to achieve the status quo ante of the Lausanne Treaty which gave Turkey its independence. In order to get through this process, Armenia plays the card of the so-called “genocide”. Because if this “genocide” is effectively recognized universally, the next step will certainly be demands of compensation and… Land! France was, in part, the greatest architect of the Sevres Treaty. According to the Treaty, large portions of the Turkish Kurdistan were to be under French control; along with an independent national Armenia. In light of all these historical facts, the attention given by France to the events of 1915 is understandable. But France, like modern Germany, is actually a slave of what they call “Judeo-Christian values”. I sincerely think that French diplomats at the Quai d’Orsay should revise their strategies concerning the PKK and the events of 1915. Both will lead, in the end, to a Greater Israel which would extend from the Nile to Euphrates. If that’s what they wish to contribute to, fine. But if not; they should espouse common sense before it’s too late.

Despite the presence of large Turkish community in the United States and European countries (including Germany) there is an impression that they are quite sluggish to respond to Armenian claims, just like the official Turkish authorities. What can be the reason?

Turkey under the rule of Erdogan has been torn between the Middle East and the West. Before Erdogan, Turkey had a clear path and a clear strategy: integrating the West. Erdogan wanted to switch this determined strategy to a more pragmatic one. It failed. And it failed on every front. This is why today Erdogan is positioning himself in accordance with classical Turkish diplomacy – maybe with an apparent lack of enthusiasm. But he has no other choices. The Turkish state never really appreciated intellectuals, historians and philosophers. It never gave any credits to the “thinking people”. Today, we see how disastrous the consequences are. Armenians in the West have renowned politicians, artists and intellectuals; Turkey has nobody. Nobody integrated in foreign systems and acknowledged in the Western world. Kurds have important figures too; figures in whom they put their trust. Unfortunately, Turkey is lacking of a refined Raison d’Etat. All we dispose in our version of the Raison d’Etat is blackmail, sabotage and violence. I find these qualities very primitive (even though they might be useful one day). I think it is time for Turkey to re-think and re-shape its strategies on how to be a modern state, worthy of the 21st century.

Is Russia willing to reconcile with Turkey?

Muslims call for unity after the terrorist attacks in Nice

A letter from Turkey’s ambassador to the EU

Be the first to comment at "Sinan Baykent: Armenia is trying to achieve the status quo ante of the Lausanne Treaty which gave Turkey its independence"