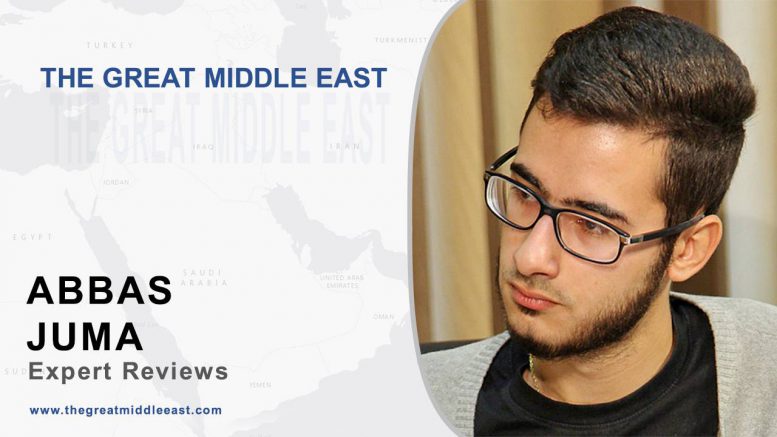 Russia is increasing strikes on militant positions, for these purposes Russian Aerospace Forces (VKS) also started to use a military base in Iran. Despite all this, the militants still hold quite large areas of Syria under control. With a request to comment on the situation, we turned to Abbas Djuma, journalist of international politics department at “Komsomolskaya Pravda”.

What do you think is the reason for that? Are the strikes inflicted on them not effective enough or is someone helping them to quickly recover?

First of all, few present the real number of the militants fighting in Syria; as well as how they are fighting (aviation does not work very effectively against the guerrillas).

You say that Russia is stepping up strikes, but, sorry, Russia withdrew the main part of its military factions from the Syrian Arab Republic. On the one hand, Moscow did the right thing, because the main goals voiced by Putin have been achieved: within 5 months Russian military reversed the situation on the battlefield, and a truce was declared. On the other hand, the withdrawal of Russian VKS has played into the hands of terrorists, allowing them to breathe more freely, to regroup and continue the fight. Comprehensive assistance to militants from countries such as KSA, Qatar and Turkey must also be taken into account. Ankara continues to help terrorists despite the rapprochement with Moscow. I remind you that Erdogan still insists that “Jabhat al-Nusra” is the armed opposition, and not terrorists.  According to the Turkish leader, Assad must leave, and the real terrorists are the Kurds. “Al-Nusra” also changed its name, splitting from “Al-Qaeda”, thus taking away moral responsibility from the states that help the terrorist organization. Also do not forget that the Russian VKS is although powerful, but still an auxiliary force and the main fight against jihadists is carried out by the Syrian army and its allies on the ground.   Over the years of ongoing war, government forces extremely weakened, so the fights have varying degrees of success.

However, all of the above does not mean that the fight against terrorism is not effective. Yes, it is moving slowly but surely. For example, just over a week ago, Syrian troops regained full blockade of the neighborhoods previously seized by terrorists near Aleppo. Then, in a week, a number of serious attacks were repelled, killing more than 2 thousand militants.

And the deployment of Tu-22M3 strategic bombers in the Iranian air base “Hamadan” is great news that was greeted with celebrations among Syrian soldiers. These aircraft have a combat patrol radius of 700 km. In addition, the Chinese are now joining the fight.

Be the first to comment at "Abbas Djuma: Ankara continues to help terrorists despite the rapprochement with Moscow"