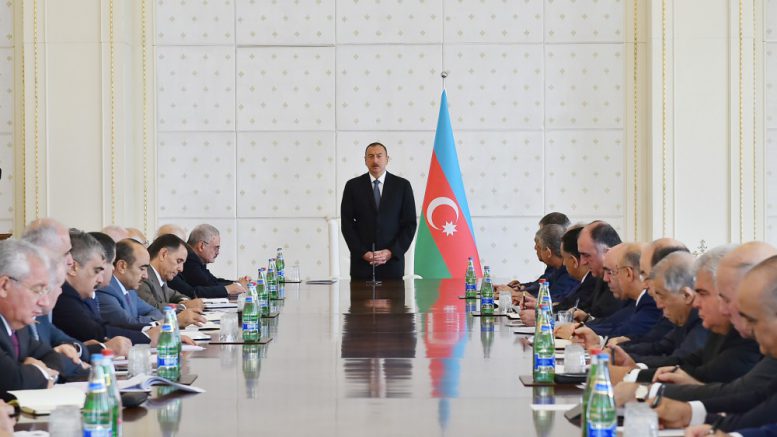 President of Azerbaijan Ilham Aliyev notes that gradual settlement is the only option of settlement of the Karabakh conflict, reports Interfax-Azerbaijan.

“An incredible activity has been observed in the negotiations over the past three or four months. Armenia laid a condition for holding negotiations. They put themselves in a ridiculous situation. Like Azerbaijan, Armenia too is in need of negotiations. What happened in April proved that the situation may change in case Armenia continues committing provocative acts. The co-chairs should pressure Armenia. The only possible option to settle the conflict is the option of gradual settlement. In the pursuit of this, the co-chair countries and the OSCE should pressure Armenia”, – I. Aliyev stated on Sunday, during the meeting dedicated to the results of the socio-economic development of Azerbaijan achieved in the first half of 2016. (APA)

Aliyev emphasized that the status quo in the conflict must be changed.

The President noted that the Karabakh conflict should be resolved taking into account the norms of international law on the basis of Azerbaijan’s territorial integrity.

Aliyev added that during the April clashes Azerbaijani armed forces gave an adequate response to the Armenian side, and were able to free 2000 hectares of land.

Azerbaijan may allocate land plots for fruit gardening in country

Hollande on the Karabakh settlement: Nothing can be worse than the status quo