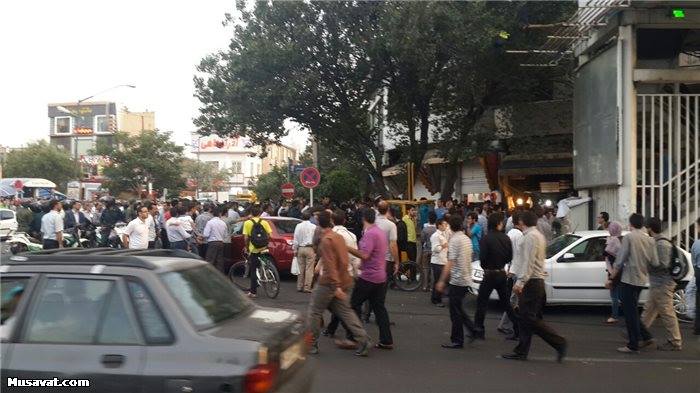 Today, mass protests of Iranian Azerbaijanis were held all around the South Azerbaijan, reports the newspaper “Yeni Musavat”.

The cause of mass protests of Azerbaijanis was the publication in «Tərh-i No» Iranian newspaper, which insulted the honor and dignity of Azerbaijanis.

Thousands of Azerbaijanis in Tabriz, Tehran, Urmia, Ardabil and other cities came out today to protest under the slogans “I am a Turk”, “We want to stay alive,” “Death to fascism”, etc.

According to publications on social networks, the Iranian police detained several dozen Azerbaijani activists, some of whom are social and political leaders of Iranian Azerbaijanis.

On July 26, large-scale protest actions of Iranian Azerbaijanis took place in the Iranian cities of Urmia and Tabriz against the provocative article of the newspaper «Tərh-i No». The reason for discontent of Azerbaijanis became a provocative and insulting article in one of the Farsi newspapers Tərh-i No. In particular, in one of its issues the newspaper quoted Ferdowsi’s “Shahnameh”, where the protagonist allegedly insults Turks. Twenty Azerbaijani activists were arrested back then.

Russian ambassador in Baku: “I believe that nothing’s going to happen to me here”

Iran to continue support for Iraq against IS

Warlick reiterated the US position on Karabakh

Be the first to comment at "More and more people take to the streets in South Azerbaijan – PHOTO; VIDEO"