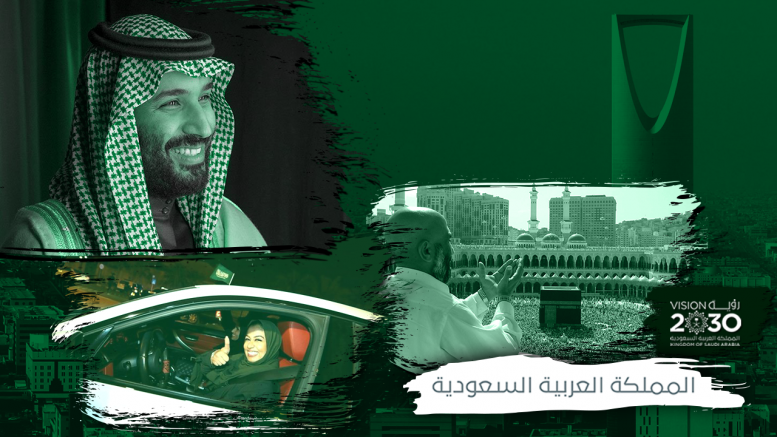 For many years, Saudi Arabia was one of the most conservative countries in the Middle East. Saudi society was built based on centuries-old patriarchal traditions, and the religious police were paying particular attention to ensure that all subjects of the Kingdom strictly observe the Sharia law.

Vast oil fields, found in the Kingdom, attracted the interest of super-Powers and created envy among the neighbors.

For years, the authorities had been spending large sums of money on infrastructure-building and construction. However, the country was far from eliminating its oil dependence.

Over the years, the more people in Saudi society began to realize that it becomes harder to live like before. The world has changed, and Saudi Arabia has to do something to take its rightful place in the new, technological world.

It is more convenient for every ruler to take the old path than applying something new. King Salman bin Abdulaziz al Saud decided to start the era of reforms and changes in the Kingdom. His son, Crown Prince Mohammad bin Salman is actively implementing the reforms initiated by the King.

In 2016, the Crown Prince presented the Vision 2030 program. This ambitious program is intended to radically change and rebuild the Saudi economy and steer it away from oil dependence through economic diversification.

One of the most ambitious projects in the framework of this program is “Neom City” – the new city is to be built on an area of 25 thousand square kilometers on the Red Sea coast, at the borders of Saudi Arabia, Jordan, and Egypt. Neom will have completely sustainable transport; the city itself will become a kind of link between Africa and Asia. The city will provide itself with food through new technologies and seawater-using farms. The science laboratories of Neom focus on the development of biotechnology and innovative methods of production. It is assumed that the city will attract talents from all spheres, including art. The total budget of the project is estimated at 500 billion dollars. The Neom project has already been called the most ambitious project in the world.

Saudi women, who have finally obtained the right to drive and been allowed greater than ever freedom of movement, benefited most from these reforms. These measures contribute to the increase of activity and degree of women’s participation in the economic, cultural, and social life of the country.

In the framework of the Saudi transformation, the powers of the religious police have been significantly limited.

Women have been allowed to attend stadiums, and the first public concert of the woman singer took place in the country. After a 35-years interval, a cinema was opened in Saudi Arabia. Sarah Al-Suhaimi became the first Saudi woman to chair the Saudi Arabian stock exchange, the largest stock market in the Middle East. Just five years ago, it was difficult to imagine such changes in Saudi Arabia, but it is the reality today. And it looks like Mohammad bin Salman intends to lead the country to a whole new level.

The reforms are related not only to women and cultural life, along with granting extensive rights to women, but foreigners who want to live and invest in Saudi Arabia also obtained broad rights. The newly introduced electronic tourist visa issuance system significantly simplifies the procedures of the Saudi visa application. Saudi transformation is continuing, and this transformation can substantially change the country in less than ten years.