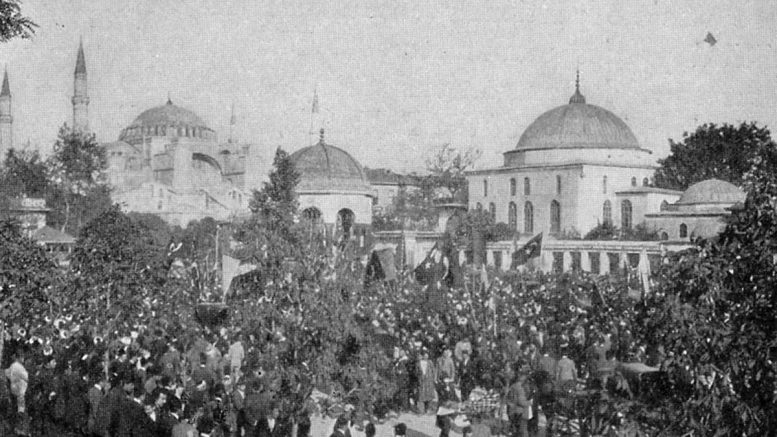 CAIRO — Cairo Gov. Atef Abdel Hamid announced Feb. 6 that the city will rename Selim I Street in eastern Cairo’s El Zaytoun district. The new name is yet unknown, but it is unlikely to be that of another Ottoman sultan.

Selim I was the ninth ruler of the Ottoman Empire and the 74th Caliph of Islam who conquered Egypt in 1517 in the battle of Ridaniya. Also called Selim the Grim, he was known as much for his military success as for his rage that spared neither his ministers nor the residents of the cities he conquered. It is believed that the street was named between 1805 and 1848, during the rule of Muhammad Ali Pasha, who decreed that streets would take rulers’ names.

The decision to rename the street came about after Mohammad Sabri ad-Dali, a professor of contemporary history at the Helwan University in Cairo, wrote a report about the problem and demanded a change from the governor’s office. Dali said that it was not right to name a street after a man who conquered Egypt and left it a province of the Ottoman Empire for 400 years, killing thousands of Egyptians defending their land. Selim I also executed the last Memluk sultan, Tuman Bay, and dissolved the Egyptian army.

Assem ad-Dassouki, a professor of contemporary history at the Faculty of Arts in Helwan University, told Al-Monitor, “The decision is intended to correct the mistake, a common one, of naming streets and squares after conquerors who invaded the country and killed its people. There is a great difference between Selim I and Amr ibn al-‘As, who led the first Muslim Conquest of Egypt in A.D. 640 and fought the Byzantine Empire but did not kill Egyptians.”

He added, “Egypt’s claims that Selim I is a murderer aren’t recent. In fact, Egyptian historian Muhammad ibn Iyas, who covered the period between A.D. 901 and A.D. 928 in his history book “Badai Alzuhur Fi Wakayi Alduhur” [“The Beautiful Flowers About the Events of the Times”], wrote about the atrocities committed by Selim I when his soldiers fought Egyptians and Memluks in mosques. Selim I’s men killed these people, and they even threw Egyptians from minarets. How can we possibly immortalize the name of such a tyrant?”

Dassouki noted that there are no objections to the name because of Selim I’s foreign provenance. He maintained there is no problem with naming streets and squares for foreign figures who served humanity, such as French doctor Antoine Clot, who established the Kasr al-Aini School of Medicine in 1828. He called for a wider reassessment of street names and squares in Egypt, where chaos reigns and names run rampant.

But for Karam Saad, a researcher on Turkish affairs at the Al-Ahram Center for Political and Strategic Studies, the decision is emblematic of the strained ties between the two countries. Saad told Al-Monitor, “This decision cannot be separated from the situation of Egyptian-Turkish relations since 2013, after the Muslim Brotherhood was toppled and Abdel Fattah al-Sisi took over. Turkey considered this change a military coup, and it still insists on this description. As a result, diplomatic representation between the two countries witnessed a setback, with the two countries withdrawing ambassadors and keeping the diplomatic ties at charges d’affaires level. The economic relations also deteriorated between the two countries, and political tensions escalated. Egypt, for instance, recognized the Armenian genocide three years ago and objected to Turkey’s military operation in Syria.”

Saad noted, “Many negative developments have plagued Egyptian-Turkish relations, and this tension has reached the level of changing the names of streets and squares, be they in Turkey or in Egypt.” He added that the animosity is being used by both sides in their domestic propaganda. “Sisi is running for a second term in the presidential elections scheduled in March, amid huge political debate about the electoral process. Meanwhile, Turkish President Recep Tayyip Erdogan is also benefitting from this political climate, as the parliamentary and presidential elections will be held in 2019 in Turkey. If he wins, he would remain in power until 2023,” Saad said.

Saad argued that changing street names is also linked to the conflict between areas of influence in the Middle East. Egypt has allied with Cyprus and Greece to capitalize on their energy resources since 2014 and to limit Turkey’s influence in the eastern Mediterranean basin and hamper its strategic, military and economic moves in disputed areas. Turkey joined forces with Sudan to build a military base on Suakin Island to serve Turkey’s expansionist goals and expand Ankara’s military influence in the Red Sea. The Egyptian authorities have recently worked to tarnish the image of Turkish sultans who are widely popular in Egypt for being Muslim caliphs. The latest step to change the name of the street comes as an attempt to tarnish Turley’s image, according to Saad.

Saad added that Turkey is using its soft power to bolster its image and serve its regional and international expansion of influence. Ottoman sultans have entered every Egyptian house through a popular Turkish TV series. The series “Ertugrul,” which glorifies Ottoman sultans, enjoys the highest viewership ratings in Egypt.

He said, “Egypt also has soft power in Turkey, but it is not exploited in the same way. Turkey has succeeded in exporting Turkish series and religious and historical films that suit the Muslim world to cement Erdogan’s ideology of putting Turkey as the leader of the Muslim world and appointing him as caliph for Muslims. Egypt has two-thirds of the world’s antiquities. Compared to Turkey, it has historical and intellectual heritage spanning more than 7,000 years. But Egypt is not using the soft power that could bolster its role.”

Art critic Tarek Al-Shenawy told Al-Monitor, “Changing the names of streets will not bring anything new. People will always remember the initial name, unless the new one is powerful and closer to them. For instance, Queen Nazli square, named after the mother of King Farouk, was changed to Ramses Square after the July 1952 revolution to eradicate the traces of the monarchy. The leadership of the revolution erected the great statue of King Ramses to cement a new mental image of the square.”