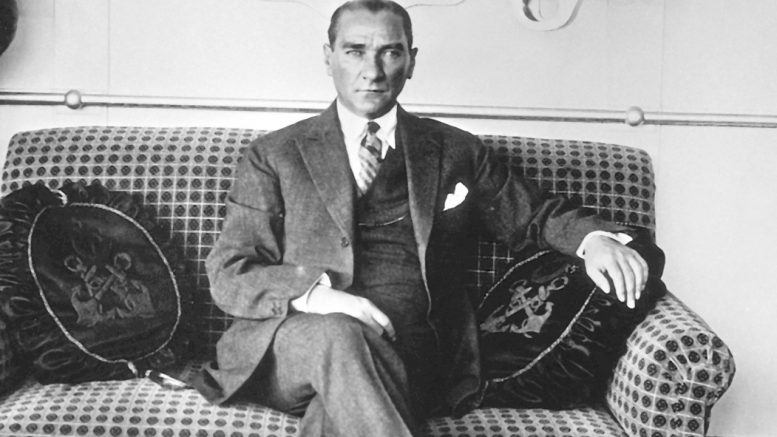 An Istanbul court ordered the arrest of a soldier on Aug. 23 on charges of “insulting the legacy of Atatürk” through his social media posts.

The Kumburgaz Gendarmerie Private Training Center Commandship informed the local prosecutor’s office about one of its soldiers, identified as specialized sergeant Erdal Kaya, who had allegedly insulted Atatürk via his social media account.

He was later detained and referred to court for arrest.

According to the prosecutor’s office, Kaya claimed that Atatürk was a “freemason” in a picture he shared on social media on Dec. 16, 2016, drawing attention to the hand gesture of the leader.

In a separate social media post on April 16, Kaya also reportedly claimed that Atatürk was intended to be shown as “presenting the Turkish women to the Iranian Shah” in a picture showing the leader and his guests.

“I am not surprised; you will be [surprised],” he reportedly wrote in the caption.

The Büyükçekmece Second Criminal Court of Peace subsequently ordered Kaya’s arrest on charges of “openly insulting the legacy of Atatürk.”

Yuriy Mavashev: What is happening can be described with a very pithy term – “Anti-Kemalist revolution”