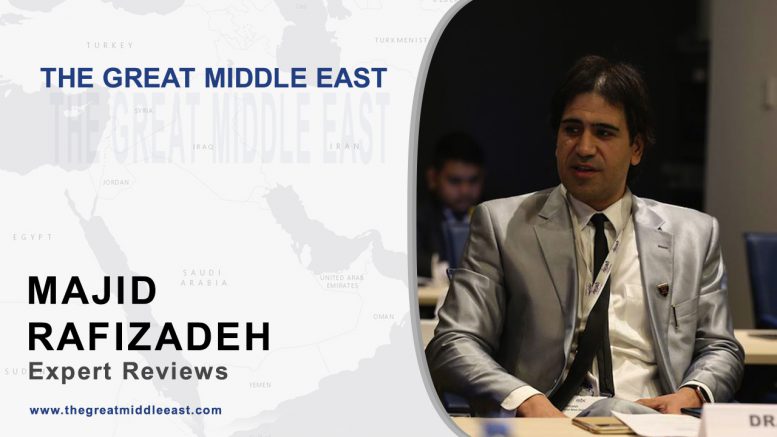 Everyone knows that Iran and Saudi Arabia are two antagonists who are involved in proxy wars in different countries of the region. There has always been a risk of seeing this antagonism becoming an open war between the two countries. Latest developments in the Gulf region, i.e the crisis around Qatar, have created a new hotbed of tension in the region. One of the claims of the Arab countries against Doha is that it has normal relations with Iran. Qatar’s neighbors demand it to cut ties with Iran. We asked Dr. Majid Rafizadeh, an Iranian-American political scientist to comment on this issue.

In your opinion, are the relations with Iran so important for Qatar? What is Iran’s role in the Qatari crisis?

From economic and geopolitical perspectives, for Qatar, it’s relation with Iran is important. On the other hand, Iran benefits from Qatar crisis as a good distraction and because the spotlight has shifted towards countering Doha rather than Tehran.
For Iran’s ruling Shia clerics, the increasing division between Doha and other Arab nations is a significant victory.

First of all, the rift plays right into a core pillar of Iran’s regional and foreign policy: the divide-and-rule doctrine. When Donald Trump made his first foreign trip to Saudi Arabia, Tehran was alarmed. After many years of exploiting diplomacy, concessions and divisions, Iranian leaders became aware that the region’s realignment was under way. A powerful coalition and united front between the US and the GCC was formed to counter Iran’s regional ambitions.

Iran is not going to alter its foreign policy and revolutionary ideals. As a result, Iran’s tactical shift is to break up this coalition through various means. And for Iran, the key was Qatar. Iran is attempting to abuse the situation by sending a message to Washington and the international community that there is no unity in the GCC or among Arab nations.

Secondly, Iran is also rejoicing the fact that the divisions between Qatar and other GCC allies are diverting attention from the region’s geopolitical and security priority; which is confronting Iran’s military adventurism and expanding influence in the Middle East.

Qatar has long been criticized for its relationships with terrorist groups. For example, the US Congress has been long aware that “Qatar-based charities were helping move and launder money linked to Al-Qaeda, providing employment and documentation for key figures in the operation.” The Daily Telegraph wrote: “It must be made clear to Qatar that all violent extremists are enemies and the funding of them by sympathizers must be stopped.”

Doha supports groups such as Hamas, which is considered a terrorist organization by several countries including the US, Israel, Canada and Egypt. The Country Report on Terrorism released by the US State Department states: “Entities and individuals within Qatar continue to serve as a source of financial support for terrorist and violent extremist groups, particularly regional Al-Qaeda affiliates such as the Nusra Front.”

Tehran and Doha benefit from chaos and instability in other countries in the region, because this grants them a ripe environment to establish and empower proxies. Both countries have long provided shelter to terrorists. The convergence of their interests explains Tehran’s defense of Doha’s defiant position.

To counterbalance this alliance, a united regional coalition, with the support of Western powers, should take concrete measures against Tehran and Doha simultaneously.

The opinion pieces of Mr. Rafizadeh published on, thenational.ae and arabnews.com, were also used when writing the material.

Tourism sector of Qatar starts to feel squeeze of blockade

Bahrain will revoke citizenship of nationals, if they visit Qatar

Be the first to comment at "Majid Rafizadeh: Iran benefits from Qatar crisis as a good distraction"