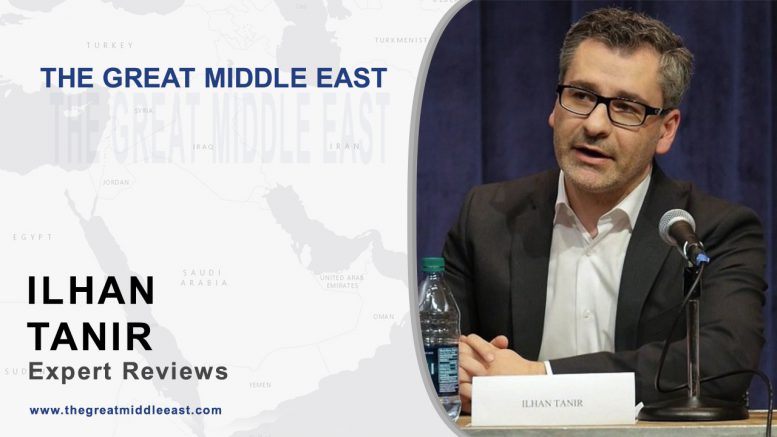 Almost immediately after a number of countries led by Saudi Arabia broke off relations with Qatar, the Turkish leadership took a rather tolerant position towards Qatar. On the 7th of June it became known that the Turkish parliament ratified the agreement between Turkey and Qatar, which means that soon the Turkish military forces will be sent to Qatar. We asked Turkish journalist and analyst based in Washington İlhan Tanir to comment on this issue.

Do you think that such a step of Ankara will cause a crisis in the relations between Turkey and the main Arab countries of the Gulf? Will the Turkish military forces in Qatar become hostages to the political games of the regional powers?

Yes, this development may cause a crisis. It is still too early, even though the Turkish parliament passed the resolution to deploy Turkish troops, I think, up to five thousand. It is too early to see that Turkey realizes its promises and sends its troops. If they go ahead and send thousands of troops, I think, there will be a real chance that these developments can cause a crisis, I mean, it is pretty obvious in front of our eyes how things have been escalated between Qatar and other Gulf countries. There are some demands of the Gulf countries, we have seen as a list, and if Qatar doesn’t fulfill them, we will continue to see how the situation escalates. For now, at least, Riyadh thinks that the US President is behind them, they took Trump’s recent visit as a support for their position, and certainly Trump’s remarks on Friday in which the US President accused Qatar in funding terrorism at very high level. The Saudis now have all the reasons to go ahead with this, as far as we can see, and if Turkey is serious about intervening in the situation among the Arab countries in a militaristic way, there could be really unpredictable consequences of this move. The sources told me late last week that the White House is unhappy with Turkey’s move to send troops and finds the move “escalatory.”

Some people say, of course, not officially, that Qatar for Erdogan and AKP is just a pocket with money. Do you agree with it?

We know that these two have a lot of relations, and we know that Qatar’s Emir Tamim visits Turkey very often and Erdogan visits Qatar as well, so these two leaders see each other in person more than half a dozen times a year. Qatar has invested a lot of money in Turkey. Their investments and recent purchases are about $20 billion dollars. So, yes, there are many other rumors, since we do not have any evidences to prove them, we cannot be sure of them, but there are many claims that Mr. Erdogan has other private businesses with Qataris. There is a lot of unaccounted money coming to Turkey in recent times as well, some argue that Istanbul Stock Market numbers also depend on Qatari money. So, yes, we already know that these two leaders have very good relations. Turkey also has close relations with Saudis, but, apparently, not as close as the Qatari Emir and President Erdogan’s family have. So far, we see that not only Erdogan, but also Erdogan’s government media throw their support behind Qatar, and this surely tells us that it looks like Erdogan and his family are going to support Qataris against all the other Gulf countries. If things go the way it has been going, we may end up seeing another crisis for Turkish foreign policy in the region. This crisis might be between Ankara and more than half a dozen Arab countries in the region, as well as between Ankara and Washington.

Be the first to comment at "Ilhan Tanir: The White House is unhappy with Turkey’s move to send troops, and finds the move “escalatory”"