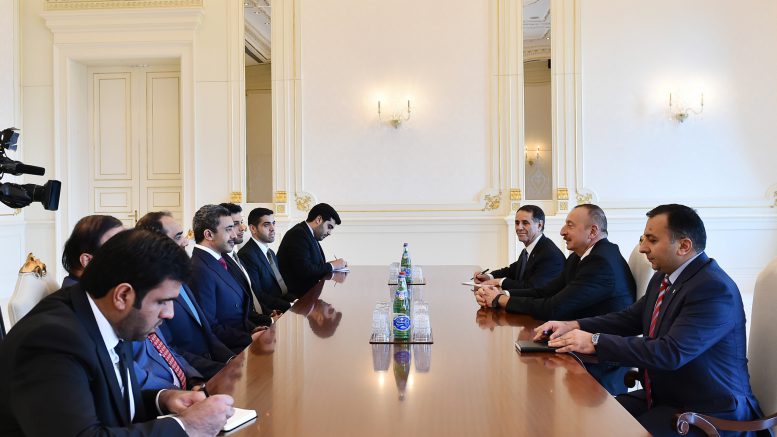 As it was previously reported at the beginning of this week, a delegation headed by the Minister of Foreign Affairs and International Cooperation of the United Arab Emirates Sheikh Abdullah bin Zayed Al Nahyan visited Azerbaijan.

The visit itself was not sufficiently covered in the media, although, as haqqin.az reports, it was very successful in terms of developing bilateral relations. This was seen not only in the talks between the Foreign Minister of the United Arab Emirates, Azerbaijani Foreign Minister Elmar Mammadyarov and Azerbaijani President Ilham Aliyev, but also in the signing of a memorandum on mutual recognition of conformity certificates.

After the entry into force of this memorandum, a working group will be established to determine the list of products to which it will be applied. This measure significantly facilitates the access for goods from these countries to each other’s markets. In addition, during this visit, it was stressed that the UAE is interested in investing in tourism in Azerbaijan, which is also very important for the economy of Azerbaijan.