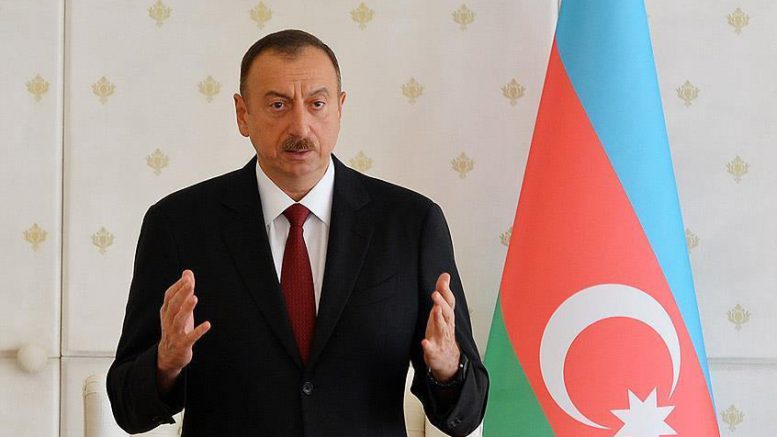 Azerbaijan’s president Friday called for unity in the Muslim world during a speech in capital Baku, highlighting the issues of terrorism, multi-culturalism, and occupied Upper Karabakh.

Addressing the opening ceremony of the Fourth World Forum on Intercultural Dialogue, Ilham Aliyev said majority-Muslim countries are being “victimized” by terrorism.

“We are against the idea that Islam is associated with terrorism,” he said.

He also highlighted that multiculturalism helps prevent further risks in the world, saying that the world currently faces “dangerous trends.”

“The reason why civil wars and conflicts emerge is that different cultures can’t get along with each other,” Aliyev said. “We need to unite and show that we are living in a multicultural world.”

Aliyev said xenophobia, anti-Semitism, and separatism emerge in the absence of multiculturalism.

“The only way to make the world danger-free is promoting multiculturalism,” he said.

Aliyev also decried the Armenia-Azerbaijan conflict and Karabakh issue, saying that more than a million people have been displaced by Armenia’s occupation.

“Armenia damages all religious and cultural buildings in the lands that they occupy, but the church in Baku is carefully preserved,” he said.

Aliyev said there are four United Nations Security Council resolutions for ending Armenia’s occupation of Azerbaijani lands, but for 20 years the resolutions have gone unimplemented.

“We see that there is a double standard here. UN Security Council decisions must be implemented,” Aliyev said, adding that some resolutions are implemented within days.

Occupied Upper Karabakh is recognized as Azerbaijani territory by the international community but was taken over by Armenian secessionists after the Soviet Union broke up in the early 1990s.

Despite a 1994 peace deal, border skirmishes are a frequent occurrence. In April 2016, these escalated into the worst outbreak of fighting since the initial conflict, resulting in the deaths of dozens of Azerbaijani troops.

Ilham Aliyev: “Rights and freedoms of people are ensured in Azerbaijan”