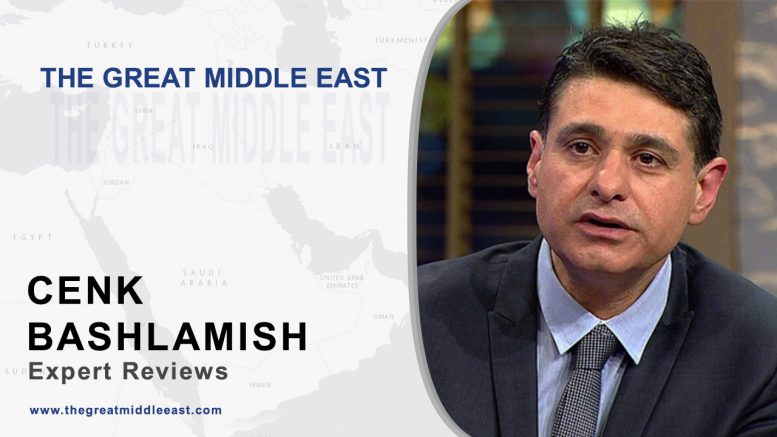 After some rapprochement between Russia and Turkey, again there are problems and disagreements between the countries. These are problems with the delivery of vegetables from Turkey to Russia and wheat from Russia to Turkey, and serious disagreements over issues related to Syria. With a request to comment on the current situation, we turned to the well-known Turkish journalist Cenk Bashlamish, who had been working in Moscow for many years.

Do you think this negative dynamics will be incremental? Or will the parties succeed in reaching a mutual agreement?

In the relations between Turkey and Russia, there have recently been sharp changes. First, on November 24, 2015, a Russian military aircraft was shot down after violating Turkish airspace.

For the first time since the 1950s, a Russian aircraft has been destroyed by a member state of NATO and it evoked sharp and negative reactions from Moscow, causing it to respond with economic sanctions against Ankara, and diplomatic relations were actually interrupted for 8 months.

Then on August 9, 2016, the leaders of the countries shook hands and the process of normalization has begun. Then it was assumed that the relations would quickly be rebuilt, but to this day there have been serious disagreements on the issues related to Syria and on the issue of relations with the Kurds. In addition, Russia hasn’t fully lifted the sanctions against Turkish goods, in response to this, Turkey stopped buying wheat from Russia. To summarize, there are again “diplomatic ups and downs” between the countries

Turkey and Russia established diplomatic relations approximately 520 years ago, during most of this time both countries fought for regional domination, they even fought for 69 years. Both Ankara and Moscow have serious regional interests and also ambitions and intentions. The strengthening of one country automatically means the weakening of another country. In addition to competition, Turkey is a member of NATO, based on this, Russia considers Turkey “out of its coven” because of which it is impossible to build a “strategic partnership” between Turkey and Russia.

Despite the objective political obstacles, there is a slightly different picture in other areas: In particular, since the end of the Soviet era, close ties have been established between the countries in the economic and energy spheres, to the extent that it was planned to bring bilateral trade to 100 billion dollars by 2021, Turkey began to meet half of its gas needs with Russian gas, even the construction of the first Turkish nuclear power plant was entrusted to the Russian side (due to the global crisis and political problems between the two countries the trade turnover fell to16 billion dollars in the past year).

Once again, the aircraft incident…

Since mid-2011, the clash between Russia, which did everything to leave Bashar Assad in power, and Turkey, which turned the overthrow of Assad into its main foreign policy priority, was inevitable. If you look at it through this prism, the aircraft incident is not a cause, but a consequence. In fact, perhaps Russia would have continued the policy of “punishing Turkey” because of the aircraft incident and because “Turkey is no match for Russia” if one event had not happened. During the coup attempt on July 15, Turkey failed to attract enough support from its Western partners, including the US, which led to some tension between the west and Turkey.

Despite the awkward state structure of Russia, Moscow demonstrated a flexible diplomatic game not to miss this chance, and despite the fact that the aircraft incident was not forgotten, Moscow shook hands with Ankara. It was a chance for Russia that should not be missed, because Moscow holds in its hands cards against baffled Turkey.

Contrary to the existing perception, Russia does not try to alienate Turkey from NATO, it is simply trying to create discord in the alliance and alleviate its influence in the region in order to gain inviolability in the territories of the countries of the former USSR, which they consider as their zone of influence and try to break through the western influence.

Because Turkey is a competitor for Moscow, which should be kept at a controlled distance from itself, but at the same time not close to the west. It is also advantageous for Turkey to use the “Russian factor” against the west. That is, the tactical interests of both countries force them to make some kind of rapprochement.

Turkish-Russian relations are similar to a “willy-nilly marriage”, they can neither fall in love nor live together happily. Obviously, in the foreseeable future, we will witness cooperation in areas where interests coincide and confrontation where interests are contradictory…

Turkey, Greece and the era of ‘Cold Peace’

Chemical attack in Syria: London and Paris are calling for UN sanctions against Damascus

Be the first to comment at "Cenk Bashlamish: Turkey – Russia – a willy-nilly marriage"