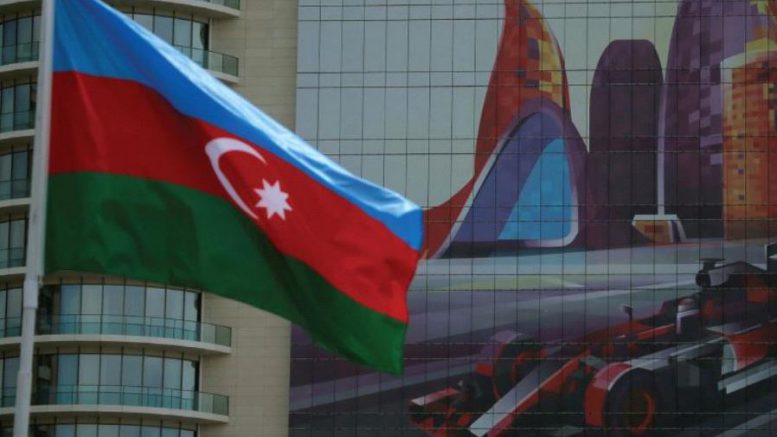 Pool-hustling Minnesota Fats couldn’t find a better foreign policy “bank shot” than that presented to US President Donald Trump by the visit of Prime Minister Benjamin Netanyahu, who also made a historic visit to Azerbaijan not long ago. Israel and Azerbaijan are close.

Azerbaijan, like Israel, lives in a dangerous place. Besides neighboring Armenia occupying 20% of its national territory, Azerbaijan shares borders with Russia and Iran, both of which have in the past invaded Azerbaijan and divided it between themselves. Russia continues to concern itself with events in the Caucasus Mountains, as it has for hundreds of years.

Azerbaijan’s importance is strategic geographically, as the world’s only nation that borders Russia and Iran, and as a major energy producer of oil and natural gas. Besides geography and energy, Azerbaijan remains a key US partner in a challenging region and has world-class religious tolerance, unique in the Muslim world.

The new Trump administration offers an opportunity for the US to help its ally Israel and to cultivate energy-rich Azerbaijan as an ally. Israel needs Azerbaijani oil and Azerbaijan is building its self-defense capability with arms purchases from Israel. The US is prohibited from supplying weapons to Azerbaijan under current law. The prohibition was instituted in 1992.

In the fall of 1992, just a year after Azerbaijan declared independence from the Soviet Union, professional lobbyists from the small Armenian-American community (476,000 total US population, 2010) convinced Congress to ban non-humanitarian economic aid and weapons sales to Azerbaijan, when it adopted Section 907 of the Freedom Support Act. Their argument: Azerbaijan had imposed an “illegal blockade” on Armenia during the course of the Armenian- controlled Nagorno-Karabakh war. The lobbyists convinced the Democrat-controlled Congress at the time that Armenian starvation was imminent.

Nobody starved. There was no truth in the claim that Azerbaijan had instituted a crippling blockade: Armenia’s hundreds of kilometers of open border with the Republic of Georgia were in fact unaffected as were supplies (through Georgia) from Russia and through its southern border with Iran. Nonetheless, the 907 sanctions remain in effect 25 years later.

The Armenian lobby is still at it in the meantime. Recently an Armenian writer, Dr. Areg Galstyan, a regular contributor to The National Interest, Forbes and the head of the American Studies Research Center (Russia) referred in The Hill to that blockade 25 years ago with these words; “this blockade, which prohibited the United States to provide aid to Azerbaijan is due to the aggressive actions against Armenians in [Nagorno-Karabakh] and illegal blockade of the border with Armenia.”

After all, it is being invaded.

While the congressional prohibitions have been in force, the United States has showered Armenia with $2 billion worth of aid, while its aid to Azerbaijan was limited to “humanitarian” aid only. Congress has provided a waiver procedure which presidents George W. Bush and Barack Obama used to grant some aid to Azerbaijan. Undoubtedly President Donald Trump will continue issuing waivers.

through a pipeline from Azerbaijan to fuel the energy needs of Israeli households. A short time earlier Azerbaijan had announced it was buying Israel’s Iron Dome missile defense system.

Azerbaijan and Israel face similar existential threats, Azerbaijan from Armenia and Israel from Iran. Their existence is important to the US.

The US should and must pay close attention to the Azerbaijan-Israeli relationship.

To that end, the US is fortunate to have a new secretary of state – Rex Tillerson – who may be the bestinformed American ever to serve as our foreign minister, in particular to the Middle East-Russian and Caucasus region. Tillerson’s experience doing business with Russia and Azerbaijan is priceless in dealing with the region.

It probably is no accident that US Gen. Joe Dunford, chairman of the Joint Chiefs of Staff, recently met with Russian Gen. Valery Gerasimov, chief of the Russian military’s General Staff, in Baku, Azerbaijan, of all places.

Besides military aid, the US (and NATO) could provide military training and support to Azerbaijan. More importantly, perhaps President Trump and Secretary Tillerson can exercise our co-chairmanship of OSCE’s Minsk Group (Organization for Security and Cooperation) to end Armenia’s 25-year old invasion of Azerbaijan and occupation of one-fifth of the country.

Peace can enrich and stabilize the entire region. So can greater US presence.

Having a Muslim friend in a turbulent region that allows all religions (Muslim, Jewish and Christian) to co-exist is a valuable asset to the US, to Israel and the world in general. Secretary Tillerson knows this. So, too, must Russia, Armenia and Iran.

How Trump and Netanyahu pushed Palestinians into a corner?

Iran says that it will take forever to make nuclear weapons