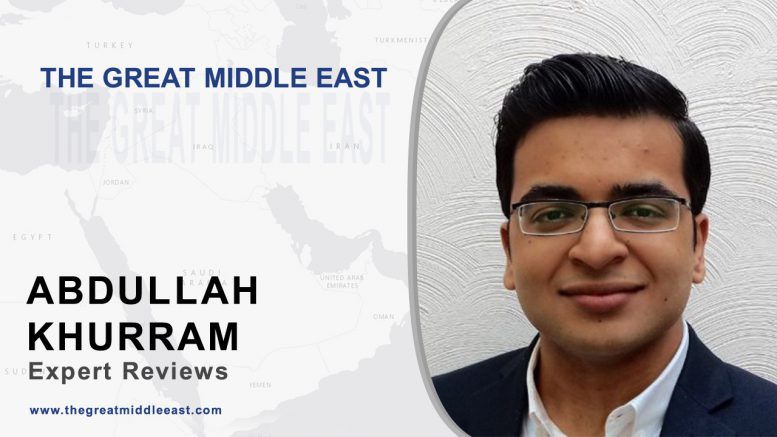 Germany has long been receiving migrants from different countries. However, the past few years, the crisis with migrants from the Middle East and Africa has intensified. People are mostly fleeing from war and conflict. With a request to comment on this issue, we turned to Abdullah Khurram, Visiting Research Fellow, Global Public Policy Institute in Berlin, South Asia & Middle East Fellow, PoliTact in Washington, Strategic Advisor, Gulf State Analytics in Washington, D.C.

Do you think German society is prepared to accept large numbers of refugees and economic migrants from the Middle East? Is Germany able to painlessly assimilate those people?

Arguing from deep compassion, Chancellor Angela Merkel convinced the German public to continue to accept refugees from conflict-ridden countries such as Syria. Around 1.1 million refugees were accepted by Germany, mainly from the Middle East and Africa. This won Germany praise from many around the world, including from Pope Francis and President Obama. These refugees were met with cheering crowds and the German people wholeheartedly invested their time, energy, and money to welcome them.

In refugees, Germany saw a humanitarian duty, as well as an economic opportunity. Germany estimates its working age population would reduce by 6 million by 2030, and therefore, an influx of young population through refugees would help sustain economic growth.[1]In words of the Economy Minister Sigmar Gabriel, “If we manage to quickly train those that come to us and to get them into work, then we will solve one of our biggest problems for the economic future of our country: the skills shortage.”[2]

Moreover, as Konstantin Richter argues, “Other nations have long respected and envied Germany for its economic success. But we have not exactly been considered warm-hearted or lovable. Now, all of a sudden, millions dreamt of coming here – and we felt flattered. The refugees made us feel good about ourselves.”[3]

However, amidst this humanitarian duty and economic opportunity, larger questions such as what would ‘German-ness’ mean to the refugees remain unanswered. Assimilation and cultural issues were a problem from day one. In words of one German citizen who hosted refugees at his apartment in Berlin, “Some never even said ‘thank you’. One seemed to feel genuinely sorry for us because we have three daughters and no sons. Another asked, apropos of nothing, whether my wife was ‘a Jewish girl’”.[4]

What truly started turning the public opinion against refugees were the New Year Eve’s sexual assaults in Cologne. Germany’s “willkommenskultur”—meaning welcoming culture— and Chancellor Merkel’s slogan “wir schaffen das”— meaning “we can do this”— had now started fading away. Moreover, economic concerns also become a part of how the public opinion started changing. 77 percent Germans believe refugees will increase German debt, 66 percent think it will make it harder for them to find housing, and 62 percent believe it would lead to more criminality.[5]

While for many decades, German people have consistently voted for traditional postwar political parties; however, today, a huge influx of refugees has enabled a rapid rise of the far right that staunchly stands against the refugees. In particular, the populist Alternative For Germany (AfD) party is using the situation to its advantage to shake up the political dynamics in the country. This refugee influx has also stirred up the far-right movement of “Patriotic Europeans Against the Islamisation of the West.”

There have been more than 1,800 recorded attacks against asylum seekers and their accommodations in Germany since January, 2016.[6] Moreover, lack of acceptance can also be seen in other areas; for example, in Neuperlach Sud, a suburb of Munich, residents have started building a 13ft-high stone wall to separate their houses from a refugee center.[7] Furthermore, in September 2016, far-right extremists were suspected of being behind attempted bombings targeting a mosque in Dresden.[8]

People from other countries too have taken advantage of Germany’s generous asylum policies. For example, as of 2015, Albanians and Kosovars were among the top five groups of people arriving in Germany. This trend particularly alarmed the German government because it considers both these countries as “safe countries of origin.”[9] Thus, the challenge of refugee management continues to become more complicated. Moreover, Berlin’s courts are paralyzed by the amount of back-log of asylum applications, and even more worrisome is the fact that only 13 percent of the refugees have so far been able to find work. However, one reason of this is also that until their asylum application is approved by the courts, they can formally not join the labor market.[10] But for those who are already in the labor market and yet unemployed, cultural issues also reduce their employment prospects. In words of a Syrian refugee, “Regardless of our educational levels, maybe sometimes the nationality plays a big role in choosing the people. That’s what I felt – sometimes, not always.”[11]

Despite the increasingly negative public opinion, Germany’s stance towards the refugees is still very generous as compared to other European countries. The German state and society continue to rebuild the lives of the refugees. At the same time, refugees are also positively contributing in the German society. For example, refugees from Afghanistan have helped revive cricket in Germany, and the country now has 230 teams with over 5,000 cricketers taking part in official leagues.[12]

Yet, the underlying question that remains is: if the Turkish Germans— country’s largest immigrant group— largely continue to remain in their own enclaves, then isn’t it perhaps a far-fetched belief that the Middle East and African asylum-seekers would one day be able to properly integrate into the wider German society? There are reasons to be optimistic. But cultural forces keep diffusing this optimism.

Syrian refugees on Jordan border are left with nothing

Be the first to comment at "Abdullah Khurram: Germany’s stance towards the refugees is still very generous as compared to other European countries"