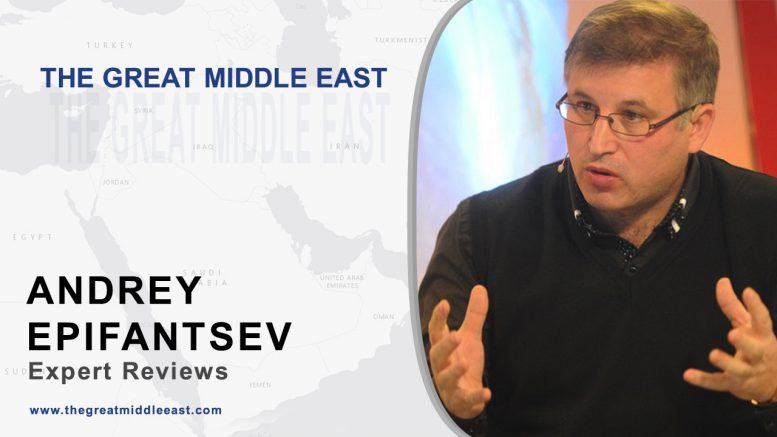 Georgia cannot be described as a country of the Greater Middle East, since it is located on the periphery of the region, but Georgia borders with such countries of the region as Armenia, Azerbaijan and Turkey. Accordingly, events and processes taking place in the country cannot but attract our interest. Especially since the parliamentary elections that were held recently.  We present you an expert evaluation on Georgian elections from Russian political scientist Andrey Epifantsev.

According to recent information, the party led by Mikheil Saakashvili lost the elections. In your opinion, what was the reason for the defeat?

There are at least two reasons for the defeat: 1. Georgians for the most part do not want to go back to times of Mikheil Saakashvili. Well, they brought certain positivity: rapid development, quick association with the Western world, reform of the administrative sector and other thing. And that is why some people support the UNM and would like to see something similar from the Georgian Dream. But overall, the results of those times were controversial: rapid growth was accompanied by a total sellout of national heritage, getting into huge debt bondage to external players, impoverishment of the population with a lack of understanding of how to raise the standard of living of the common people, permanent loss of Abkhazia and South Ossetia after the August 2008 war and so on.

Therefore, by comparing these factors, Georgians after all believe that the course of the United National Movement party is not quite right and lean toward the policy of the Georgian Dream party.

2.The second element contributing to the defeat of the UNM was their tight bind to Mikheil Saakashvili himself and the possibility of his return to the leadership of the country in case of victory of his party. The fact is that, despite some progress in reforms, in general, Georgian society does not like or even hates Mikheil Saakashvili. In addition to the negative results of his rule mentioned above, he personally was not forgiven for failures and terrible lawlessness in the country – tortures in prisons, business stealing, corruption at the highest levels, violations of human rights, radical reduction of social welfare of the population, his orientation towards PR, the West, in the absence of real improvements, and more. In this respect, there is no doubt that if the UNM distanced itself from the personality of Mikheil Saakashvili in elections, it would have received much more votes – by 15-20 percent – than it is now.

Erdogan supported the fight against terrorism at NATO summit

Eugene Chausovsky:Increasing or even maintaining influence in the Caucasus will be a challenge for Russia in the longer term

Pope Francis pleased with his trip to Azerbaijan

Azerbaijan is largest investor in Georgia in 2015

Be the first to comment at "Andrey Epifantsev: Georgians for the most part don’t want to go back to times of Mikheil Saakashvili"