In Lebanon today, all the symptoms of the Middle East′s current turmoil are visible. Newly arrived refugees from Syria and Iraq are joining Palestinian refugees who have long been here. The country hasn′t had a president for two years, as rival political factions, reflecting the rising enmity between their Iranian and Saudi Arabian backers, are weakening domestic governance. Political corruption runs rampant. The garbage doesn′t always get picked up.

Lebanon′s resilience owes much to the memory of its painful civil war (1975-1990). By contrast, the rest of the region′s experiences – which involve a long history of autocratic governance and neglect of long-simmering grievances – have fanned the flames of conflict. Syria, Iraq and Yemen are now riven by war. Meanwhile, the Palestinians′ worsening plight is still a perennial grievance on the Arab and Muslim street. In this maelstrom, new radical groups with transnational agendas are blossoming.

From civil to proxy war

In the last two years, conflicts have spilled over national borders, threatening global security. The Islamic State has exploited long-standing Sunni grievances to challenge the territorial integrity of Iraq and Syria, creating a strategic vacuum in which Russia, Iran, the United States, Turkey and Saudi Arabia now vie for power, sometimes through proxies, but increasingly through direct military intervention.

Each country has its own agenda. Iran seeks to project its influence in support of the region′s historically dominant Shia populations, while Saudi Arabia pushes back by arming rebel factions opposing Syria′s Iranian-backed president, Bashar al-Assad and by fighting what it views as an Iranian presence in its own backyard, in Yemen. As for Turkey, it opposes the creation of a Kurdish state, which became possible when Iraq and Syria came undone territorially. 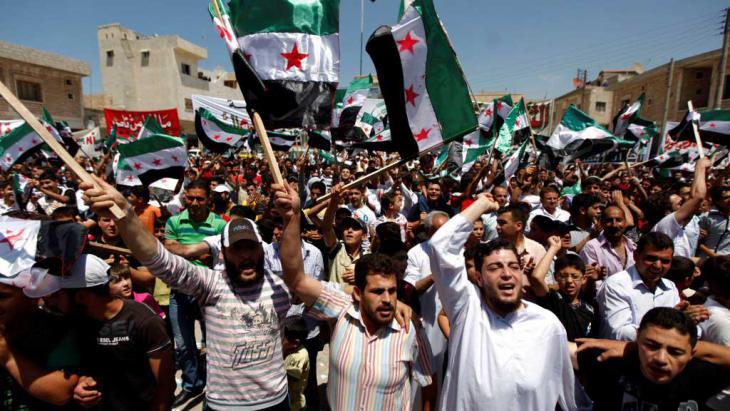 With the region seemingly being sucked deeper into a vortex of permanent conflict, it is easy to believe that only dictators or religious bigots could impose any stability. But to think that is to forget past progressive uprisings, such as in Beirut in 2005, Algiers and Tehran in 2009 and the Arab Spring that began in Tunisia and spread throughout the region in 2011.

To understand where the Middle East is going, we need to look further back to comprehend how the region arrived at this point. Arab nationalism and its modernising aspirations began to unravel after the Arab defeat in the 1967 Arab-Israeli War and the 1986 oil-price collapse. National leaders maintained control through repression and used Islamic opposition parties as scarecrows to avoid political reform. National economies, weighed down by cronyism, delivered low growth and governments lost legitimacy.

It was this strategy′s untenability that led in 2011 to the fall of regimes – in Tunisia, Egypt, Libya, Syria and elsewhere – that pursued it. With no institutions left to ensure a peaceful political transition in these countries, violent groups had an advantage over ordinary citizens and a crude fight for power ensued.

Violent revolutions can reach peaceful resolutions, but such an outcome is less likely where deep, unresolved sectarian grievances are in play, as they are in the Middle East. The renewed salience of old, intractable cleavages – reflected in the grievances of Sunnis in Syria and Iraq, of Shias in Bahrain, Saudi Arabia and Yemen and of Kurds and Palestinians everywhere – makes the current situation especially precarious. These problems were simmering beneath the surface of autocratic repression for decades. Now, Pandora′s box has been opened, revealing an incredibly complex geopolitical puzzle.

The West deserves a share of the blame for the current situation. It failed to end the long-standing Palestinian conflict and it created new problems by dismantling the Iraqi state, funding mujahideen in Afghanistan and backing dictators who supported its security agenda in Iraq, Syria, Egypt and elsewhere.

With the latest great-power interventions by the US and Russia, many are reminded of the 1916 Sykes-Picot agreement between Great Britain and France to draw new national borders in the region and divide it into spheres of influence. But, if anything, Sykes-Picot provides a good model for what to avoid in rebuilding the Middle East. The region does not need new borders and new protectorates, but rather better states, built to be resilient against ethnic divisions and less vulnerable to external influence.

Opinion polls indicate that the vast majority of people in the Middle East want to be governed by legitimate states that uphold the rule of law, protect civic rights and promote co-existence among communities. This is a worthy goal that will require compromise and reconciliation at a global, regional and national level.

For a new regional order in the Middle East

For national actors to have space to find solutions, it is necessary to de-escalate tensions and find compromises – first globally, between the US and Russia and then regionally, among Iran, Turkey, Saudi Arabia and Israel. The goal must be to reach a grand bargain that takes into account the major issues dividing the region, including the status of the Palestinians and Kurds and creates conditions for viable political settlements in Syria and Iraq.

Addressing problems that have remained unsolved for decades is a tall order, but inaction is no longer affordable. And none of the major fault lines of the Middle East can be resolved in isolation anymore.

As Antonio Gramsci argued long ago in his Prison Notebooks, ″The crisis consists precisely in the fact that the old is dying and the new cannot be born and in this interregnum a great variety of morbid symptoms appear.″ That is the Middle East′s situation in a nutshell. Helping it build a new regional order will require all actors, great and small, to accept compromise, as the Lebanese have done. A war that leaves one side vanquished is never over.

Saudi Arabia has not changed its position regarding Syria