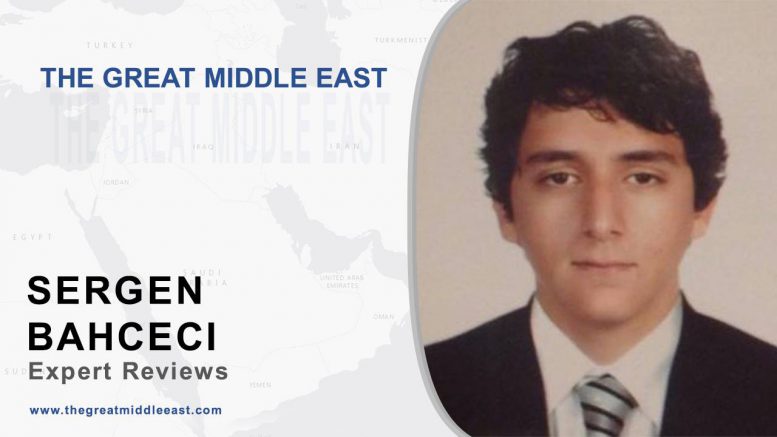 For quite some time we see Turkey’s attempts to join the EU. So far, however, the process has not got off the ground; moreover, it is believed that the issue of Turkey’s membership in the EU has been set back. One of the problematic issues in the way of Turkey’s EU membership is the unresolved issue of Cyprus. With this question we turned to Sergen Bahceci, researcher at the “Centre for Policy and Research on Turkey” (UK).

In your opinion, what should Turkey do in this situation? Does the Turkish Republic of Northern Cyprus act as dead weight for Ankara?

Turkey’s EU accession process is very often discussed in conjunction with its political involvement and military presence in Cyprus; indeed, as is well known, in the eyes of the ‘international community’, and quite contrary to the Turkish public’s self-perceptions, Turkey’s military presence in Cyprus is nothing less than a protracted invasion of a ‘European’ state. Therefore, the continuation of the EU accession process, and thus the very possibility of future EU membership, is often premised upon withdrawal from Cyprus. Here, instead of outlining what Turkey should do, I would like to briefly discuss the different ways with which Turkish foreign policy makers perceived the link between the EU accession process and the ‘Cyprus Question’.

History tells us that Cyprus is one of the very few issues for the sake of which Turkey is willing to engage in confrontations with its Western allies. This has historically been justified by references to the island’s vital ‘geopolitical and geostrategic’ location; a potentially hostile Cypriot state has been seen as capable of threatening the entire Mediterranean coast of Turkey. The defence of that coast from within the borders, as opposed to defending them via Cyprus, could potentially require the deployment of thousands of soldiers. Thus, one common position among Turkish foreign policy makers is informed by this hard-core realist line of reasoning which tells that Cyprus must be within the Turkish sphere of influence regardless of what the EU or other international actors think. National security interests guaranteed by propping up the TRNC prevail over any perceived benefits EU membership may bring. According to this line of reasoning, the TRNC is not a ‘dead weight’ in the ‘long walk’ towards the EU but rather the highest expression and guarantee of Turkey’s national security interests.

This position was usually associated with the armed forces and nationalist politicians who are traditionally security-oriented in thinking and ‘hawkish’ in practice. Indeed, this mentality was precisely what the Justice and Development Party juxtaposed itself against before the Annan Referendum in 2004. Hoping that they would internationally be recognised as reformers that will make Turkey more liberal and democratic, Erdogan and his supporters were willing to challenge the security orthodoxies regarding Cyprus represented in the beginning of the millennium by none other than Rauf Raif Denktas, the Turkish Cypriot political figure that commanded a great deal of respect among the Turkish political elite as well as the public. Erdogan was hoping to use the negotiations in 2002 and 2003 to clear the way before the onset of the EU accession process which many thought was impending.

In the days preceding the referendum, TRNC was seen as a ‘dead weight’ that had to be ridden of not only by the Turkish government of the time but also by the majority of the Turkish Cypriots themselves. Indeed, 24 April 2004 was a very curious day, for Turkish Cypriots voted overwhelmingly, and with the approval of the Turkish government, to practically abolish the TRNC. They did so only to be stuck with it for the foreseeable future, as the Greek Cypriots rejected the Plan and joined the EU unilaterally only a week after doing so.

Since 2004, the Turkish foreign policy makers are aware that the TRNC is not a problem in itself; if it were so, consenting to its disestablishment should have changed something! Since 2004, the TRNC is being seen as an unhappy product of the wider structural issues that lead to the Cyprus Problem. The questions regarding its fate has been approached rather pragmatically. Its future existence has been affirmed in certain situations and left ambiguous at others.

This is due to the fact that since 2004, Turkey has developed new and more intractable problems. As is well known, for example, the ‘Kurdish Question’ has become even more complicated since 2005. Thus, Turkey’s accession process is now dependent upon problems that are more pressing than the ‘Cyprus Question’.

Therefore, if I were to provide a more direct answer to your question, I would say that ‘Cyprus Question’, of which the existence of TRNC comprises only a minor part, may well be thought as a ‘deadweight’ in the long road towards the EU, albeit a relatively minor one among many other more pressing ‘deadweight’.

One can even argue that the sustained expressions of goodwill on the part of Ankara has made ‘Cyprus Question’ a relatively easier ‘deadweight’ to drag. Turkey and Erdogan can at least argue that they have been largely consistent with their initial position on the issue; which is that a solution can only be through a bi-communal, bi-zonal, federal state in Cyprus. The question of guarantees of course remains problematic.

Yuriy Mavashev: What is happening can be described with a very pithy term – “Anti-Kemalist revolution”

Be the first to comment at "Sergen Bahceci:TRNC: A deadweight, but a relatively light one…"