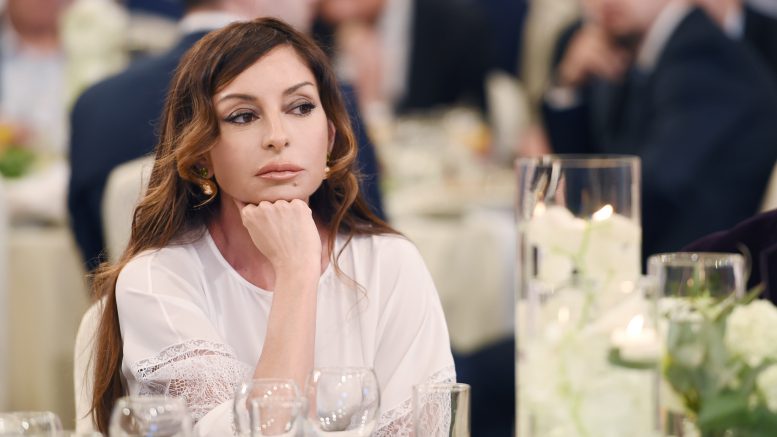 Azerbaijan’s First Lady, President of the Heydar Aliyev Foundation Mehriban Aliyeva was awarded the diploma of honorary doctor of the Israel Academy of Medicine for merits in the field of international medical science and contribute to the development of relations between Israel and Azerbaijan in the field of public health.

This was announced at a meeting held on September 7 at the Azerbaijan National Center of Oncology with the delegation headed by the chief doctor of the “Horev” medical center in Haifa, Israel, Roman Barak.

Chief doctor of the National Oncology Center Azad Karimli, addressing the event, noted that under the leadership of the Azerbaijani President Ilham Aliyev the country has achieved significant progress in the field of oncology. He spoke about the work done to improve the logistics base of medical institutions, providing cancer care.

He, in particular, highlighted the exceptional achievements of Mehriban Aliyeva in the creation of the Children’s Clinic at the National Center of Oncology.

Referring to cooperation with Israel in all fields, Deputy Prime Minister Abid Sharifov noted the importance of further deepening relations.

The deputy prime minister said this August Israeli doctors held examination and consultation of women to early diagnosis of various diseases in Baku, Mingachevir and Ganja.

Sharifov appraised efforts of Israeli doctors in Azerbaijan, and thanked them for their donation of equipment to medical institutions for treatment of seriously ill patients. He noted that the main objective is to further improve the project with the support of the Heydar Aliyev Foundation.

Speaking at the event, Roman Barak expressed his gratitude to the head of state for warm welcome in all three cities and the opportunities created for them, stressing that such actions will continue.

Following his speech, Roman Barak said that for merits in the field of international medical science and contribution to the development of relations between Israel and Azerbaijan in the field of public health, First Lady of Azerbaijan Mehriban Aliyeva was awarded the diploma of honorary doctor of the Israel Academy of Medicine.

Diploma of Honorary Doctor was handed to Sharifov for the intended transfer.

A leading figure in Al-Qaeda killed in Syria