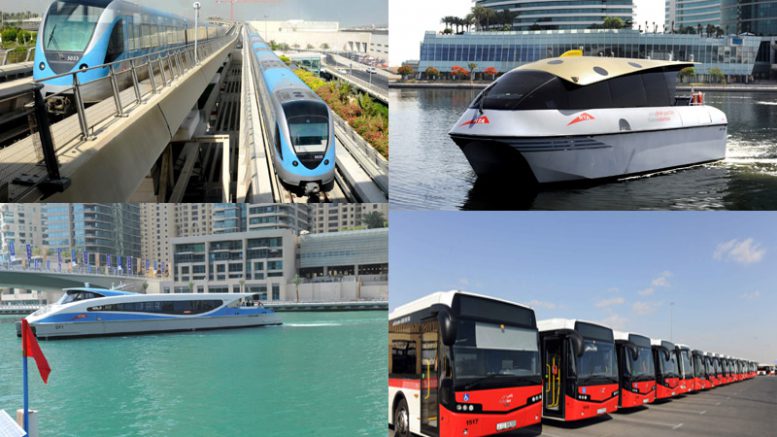 Mattar Al Tayer, Director-General and Chairman of the Board of Executive Directors of Roads and Transport Authority (RTA) revealed that the ridership of public transport means (Dubai Metro, Dubai Tram, Dubai Bus, marine transit modes and taxis) in Dubai during the first half of this year clocked at 273,452,791 riders.

“Public buses have served 69,922,328 riders in the first six months of this year. Dubai Bus service has accounted for the largest share of bus ridership recording 44,835,999 riders, followed by metro stations feeder service that was used by 16,434,997 riders, and the intercity bus service, which lifted 5,566,279 riders – 3,085,000 riders used the rented bus service provided to public and private entities.

“The marine transit means, comprising abra, water bus, water taxi and Dubai Ferry had lifted 7,140,858 riders during the first half of this year. 6,714,884 riders used Abras, waterbus served 324,921 riders, Dubai Ferry carried 74,330 riders, and the water taxi served 26,723 riders. Taxis operating in Dubai (Dubai Taxi and franchise company taxis) made 48,683,977 trips during the first half of this year, lifting 97,367,954 passengers,” added the Director-General and Chairman of the Board of Executive Directors.

The results epitomize the strategic drive of RTA to cut the use of private vehicles and augment the use of mass transit means in a bid to make them the favorite mobility choice of people in the Emirate. RTA strives to push the share of public transport means in the mobility of people to as high as 30% by 2030.