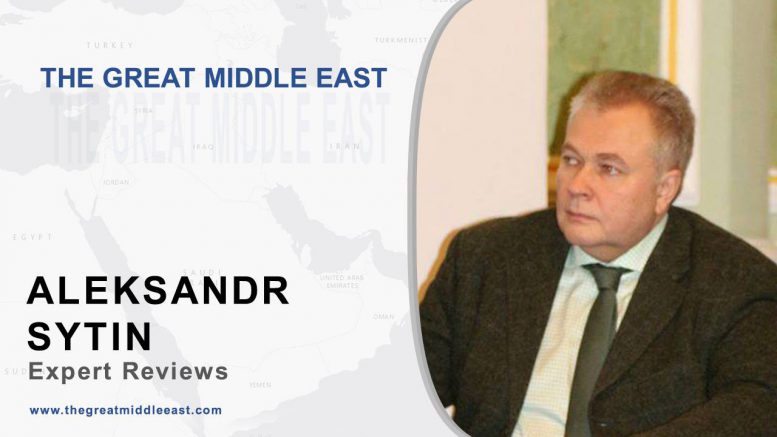 Russian propaganda channel RT, accidentally aired a footage depicting cluster bombs, such as RBK-500 ZAB-2.5. However, later the channel corrected the footage; RT explained the necessity of editing by the fact that the shot had the close-up of the pilot’s face.

Recall that in December 2015, Defense Ministry spokesman Igor Konashenkov spoke publicly about the absence of cluster bombs in the arsenal of Russian VKS.  With the request to clarify the situation we turned to the head of North and Eastern Europe Research Political Center Aleksandr Sytin.

Do you think that Russian VKS use cluster bombs? And if so, for what purpose?

Russia’s military invasion in Syria was initially aimed at addressing a number of purposes. First of all, after an obvious failure of Novorossia project, the Kremlin sought to regain international prestige, by imposing on the West its “alliance” in the struggle against “international Islamic terrorism”. I have already noted, that 75 years ago, the West accepted the alliance with the USSR as part of the anti-Hitler coalition. The result was a prolonged cold war, division of the world and half a century of occupation by the Soviet Union in Eastern Europe. Now Russia at all costs seeks to assert its influence in the eastern Mediterranean to achieve geopolitical and economic goals. Economic interests come down to a desire to ensure growth in hydrocarbon prices in the world markets and to establish control over its transportation routes. Experts wrote about it quite a lot. For this purpose, the regime of Bashar al-Assad, which in fact became the Kremlin’s puppet, is being supported by military means.

Russia does not want to admit the obvious fact that this dictatorial regime commits crime against its own population. The Russian authorities, diplomats, experts, the media refuse to see the difference between terrorists and opposition to the regime of Assad. Moreover, the goal of Russia in Syria – the destruction of all who in one way or another oppose the dictator – the fight against terrorism appears here just as a convenient excuse. In this regard, the story of using banned cluster bombs completely fits into the logic described. The goal of Moscow is to intimidate the international community, to demonstrate its military strength and determination to kill anyone who gets in its way.  The Syrian people, all the forces fighting dictatorships, have been a victim of this aggressive military adventure.

These are the conclusions to be drawn from all what was described above about Russia’s actions:              It is urgently needed to provide the anti Assad forces with air defense means to provide effective resistance to Russian VKS. Any idea of cooperation and allied relations with the existing ruling regime in Russia in the framework of the so-called fight against terrorism should be abandoned once and for all. It is necessary that both independent experts and special services responsible for international security and the security of their countries focus on investigating the issue of relations between the Kremlin and radical Islamic terrorism.  I can hypothesize that with the end of international influence and the weakening of geopolitical, financial and military power of Moscow the issue of the terrorist threat to the Western world will disappear by itself.

If the Karabakh problem is getting sweet-talked, then prepare for war

Be the first to comment at "Aleksandr Sytin: The goal of Russia in Syria – the destruction of all who in one way or another oppose the dictator"