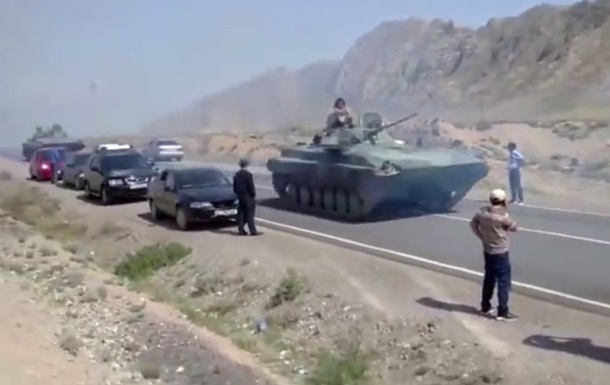 Clashes on the Kyrgyz-Tajik border

Clashes on the Kyrgyz-Tajik border on 29 April escalated into fierce fighting with the use of heavy weaponry, something that had never happened there before. There are dead and dozens of wounded. The reason was an exacerbation of a long-standing dispute over the distribution of water resources and a still unresolved issue of the border delimitation between the states that are members of the same military bloc – the CSTO.

There are many assumptions about the situation between Kyrgyzstan and Tajikistan, so I would like to summarize some of the information:

2) The Dostuk border post sustained the most serious damage, and caught fire.

3) Kyrgyzstan promptly deployed the Boru special forces in response to the actions of the Tajik side and occupied the Khoja Allo border post.

4) This was followed by the Tajik side accusing Kyrgyzstan of an attempt to seize the Golovnaya watershed.

5) The length of the Kyrgyz-Tajik border is 982 km. To date, about 500 km have been demarcated. Almost half of the border has not yet been delimited. 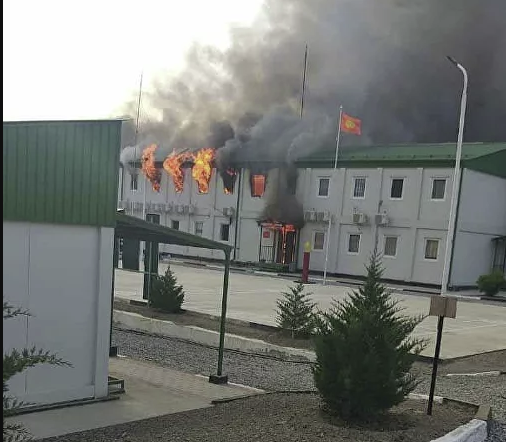 April 15. The American New York Times reported that “U.S. officials had been in contact with Kazakh, Uzbek, and Tajik authorities about the possibility of using bases in the region.”

April 28. The visits of Russian Defense Minister Sergei Shoigu to Tajikistan and Uzbekistan, where he held bilateral talks with the heads of defense ministries of these countries, are primarily motivated by concerns about the situation in neighboring Afghanistan against the backdrop of withdrawal of American troops from the country.

April 29. “The United States begun withdrawing its troops from Afghanistan, additional forces and resources have been sent to the region as a precautionary measure.”

Russia has military bases in Kyrgyzstan and Tajikistan, and even China has a small military base in a remote mountainous area in the far eastern part of Tajikistan, near the intersection of the Tajik, Chinese and Afghan borders. Both countries conduct together with Tajik forces anti-drug raids in Afghanistan.

However, their role and support is limited to defense of Tajikistan’s southern border against large groups, and even with all the financing and weaponry that Moscow, Beijing and others provided to Tajikistan, small groups from Afghanistan still manage to cross the border.

None of Afghanistan’s neighbors or countries that have assisted the Afghan government over the past 20 years would like to see instability in Afghanistan, as happened in Iraq after the US and its allies left the country, because it could potentially spill over borders.

There is another very important reason why American and some other foreign troops need to be stationed in Central Asia.

When US troops were stationed at the Manas airbase in Bishkek from 2002 to 2014 (the Manas Transit Center, as it was officially called since 2009), analysts assumed that this Center would potentially play the same important role in the process of Washington’s withdrawal of its troops from Afghanistan, as it did in the course of carrying out a combat mission in that country for several decades. The Manas TSC is the closest of the three bases capable of refueling in Afghan airspace.

The Kremlin was angered by Akayev’s successor Kurmanbek Bakiyev breaking his promise to Moscow to close the US base in 2009 in exchange for financial aid from Russia. Instead, Bakiyev renegotiated the rental cost of the base with the United States, which infuriated Moscow.

Bakiyev was ousted from the presidency in 2010, after which American troops remained there for another four years. But the past experience in Kyrgyzstan, as well as very strong opposition from Moscow, may be the reason why Kyrgyzstan was not mentioned by US officials as a possible transit location for its forces.

In addition, in 2008, as relations between the United States and Pakistan became increasingly tense, Washington and its allies created the Northern Distribution Network (NDC), delivering cargos from Europe through Russia and Central Asia to the International Security Assistance Force in Afghanistan.

NDC continues to function, delivering cargos via Georgia and Azerbaijan, across the Caspian Sea to Kazakhstan and further to Uzbekistan and Afghanistan.

The network not only delivers cargos to Afghanistan, but also serves as the main route for the removal of foreign military equipment from Afghanistan after the reduction of the military presence began almost ten years ago.

The NDC will continue to be used by foreign troops as they carry on with troop withdrawal process, which is to be completed by 11 September, and will presumably deliver other supplies to Afghanistan to support the current government while it is in power.