As long as the world exists in its current form with countries and borders, territory issues remain one of the essential matters in international and domestic policy.

Recently, President of Russia Vladimir Putin, once again touched upon the territorial issue, in his interview for state television. In particular, Putin claims that “in the USSR constitution, the countries had the right to withdraw from the union. However, the withdrawal procedure was not regulated”.

Then the President added: “There is a question: if any republic joined the USSR, got to its baggage huge number of Russian lands, traditional historical Russian territories and then decided to leave the union – it could simply leave with what came, not dragging to a gift from the Russian people.”

It should be noted that this issue is being discussed in various circles in Russia since the collapse of the Soviet Union. The central claims are against Ukraine and Belarus; however, individual personalities think that the North of Kazakhstan should be considered as a part of the “Russian world.”

However, many experts believe that these comments should be addressed in the context of domestic policy, in the run-up to the referendum in Russia, Putin’s words became a subject to discussion in a number of the former USSR countries.

But if we step away from an overtly political character of his words, and take a look at the maps of the former USSR countries, we could see that some of them indeed received territorial gifts. For example, Armenia, I am not going to write much about the history of Armenia, want to highlight a few key points.

In 1918, on the territory of former Erivan khanate, the Armenian Ararat republic was established with an area of 10 thousand square kilometers. Despite the occupation of some parts of Azerbaijan, Georgia, and Turkey in 1918-1920, according to Alexandroupol peace treaty, Armenia had to return to its 1918 borders, after it lost the war with Turkey. However, the Sovietization of Armenia changed history. Before the Sovietization, the territory of Armenia was about 10 thousand square kilometers. Armenia left the USSR with an area of 30 thousand square kilometers. It becomes interesting how Armenia could expand its territories… But obviously, not through Russian lands. We may look at the numbers of Armenia’s neighbor – Azerbaijan, and answer the question. 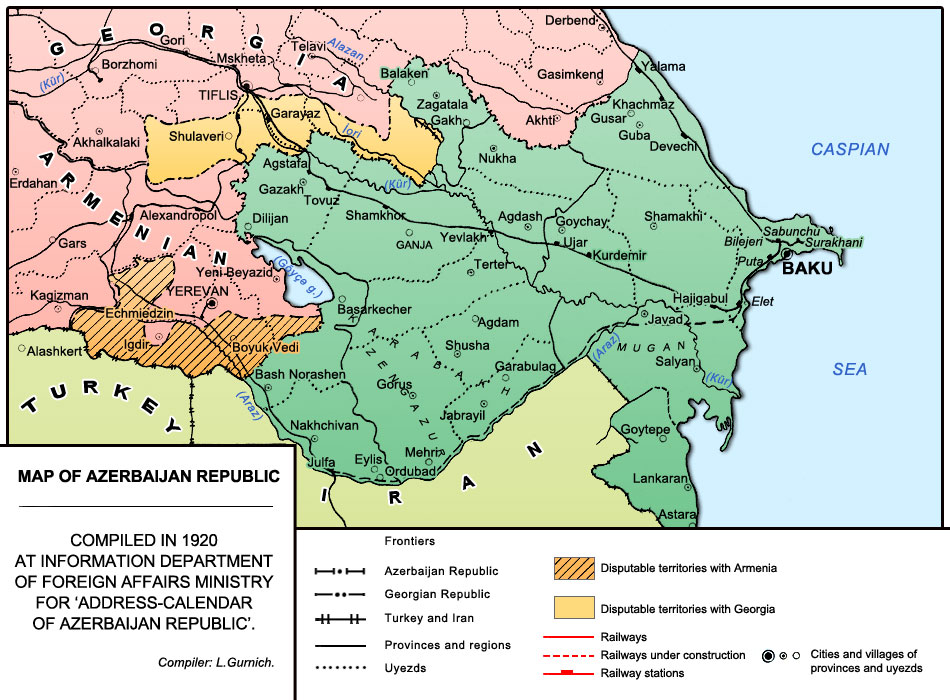 At the moment of Azerbaijan’s occupation by Soviet Russia, the territory of ADR was 113900 sq.km. Azerbaijan left the USSR with an internationally-recognized area of 86600 sq.km. Azerbaijan lost more than 27000 sq.km. A considerable part of this territory was ceded to Armenia (Goycha and Zangezur counties). So we had our gifts for “sister republics” even though against our will and to the detriment of our statehood. This principle has to be applied to all former Soviet republics if we talk about historical justice and ancestral lands.

A “parallel state” in Russia?

Turkish Stream agreement has been signed