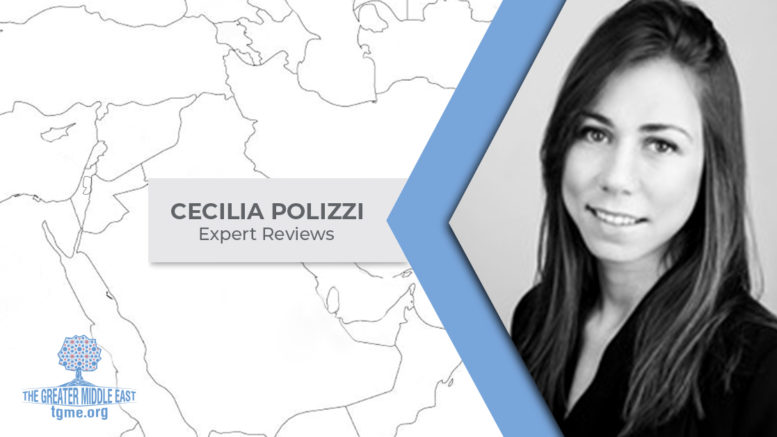 Various terrorist and paramilitary organizations exploit children for their purposes. We can see teenagers among the ISIS, as well as among Shiite military groups, which declared “fighting ISIS” as their primary objective. There are also “children of ISIS” in Syria and Iraq, brought by their parents, who joined ISIS. Some of them were born there. Most of the children have lost, at least, one parent. They are deprived of material benefits, quality education, and health services; they don’t have a roof over their heads. Today, during the coronavirus pandemic, these children have faced a new challenge.

We asked Founder & Executive Director Working Group on Children Recruited by Terrorist and Violent Extremist Groups Cecilia Polizzi to comment on the situation around the children involved in the conflict and brought there by their parents.

The Syrian crisis uniquely portrays the contemporary complexities of war. The rise of the self-proclaimed Islamic State of Iraq (IS) and al-Sham has marked the beginning of a new jihadist era. The systematic focus on child recruitment and re-education has represented a prominent segment of the group long-term purpose to self-perpetuation and has added a multigenerational dimension to the Syrian conflict complex legacies.

The IS has changed the nature of child participation in terrorism. Reportedly, boys under eighteen years of age have been executed—either beheaded or shot—for suspected affiliation with other armed groups and torture, mass forced enslavement and sexual violence have been practiced against girls as young as ten years old, mostly from the Yazidi religious minority in Iraq. However, children have not only been extensively targeted by the group but they also witnessed and perpetrated IS executions.

The tactical benefits in using children as an effective form of psychological warfare have been combined with the group’s intention to prioritize children as a vehicle to propagate its dogma through future generations. In fact, IS ambition to create and impose a new socio-political order depended on the concretization of its perspectives of longevity. Ultimately, an  estimated 5,000 children entered IS ranks since 2014.

Uncharacteristically to other terrorist organizations, the mobilization of children became one of the primary vectors of IS propaganda. Notably, one third of minors and juveniles eulogized as martyrs were not Syrian nationals. The youngest is a boy of four, brought to Syria as an infant by his British mother, who was shown in a video appearing to detonate the explosives in a car killing three prisoners.

This data can be explained by what was later described by commentators as a progressive retreat of the group into a “virtual caliphate”, a time during which, as a consequence of the loss of territory, propaganda assumed increasing relevance in drawing Foreign Terrorist Fighters (FTFs) to the Syrian conflict. Reportedly, at a rate of 2,000 individuals per month, by 2015 approximately 40,000 FTFs from 120 countries traveled to the region to combine force with local Syrian and Iraqis.

In your opinion, what should the international society and international humanitarian organizations undertake, to protect the rights of these children, keep them safe, and, probably, get them out of Syria and Iraq – is it possible in the present circumstances?

The condition of children of FTFs, who were brought by their parents to Syria and Iraq or have born to FTFs families in the region is particularly concerning. According to the most recent figures, more than 7,000 foreign children are being held in deteriorating conditions in the al-Hol Annex in Northeast Syria. Several hundred more in Ain Issa and Roj. The 66% of foreign children are under age 18, two third of which under age 12 – most under age 5 – orphans, their parents missing or deceased.  An additional estimate of 1,500 are currently detained for suspected IS affiliation by Iraqi and Kurdistan Regional Government (KRG) authorities.

The COVID-19 pandemic imposes a further set of risks to these children. While infectious disease outbreaks invariably exacerbate pre-existing child protection challenges, the impact of COVID-19 is likely to severely jeopardize children safety and well-being. Most vulnerable categories including refugees, IDPs as well as children deprived of their liberty incur a grave risk of contracting COVID-19. Confinement, overcrowding and inadequate access to nutrition, healthcare and hygiene services are conducive conditions to the spread of the disease.

Many countries in the midst of armed conflict, and particularly Syria, have incurred substantial damage to critical health infrastructures. Healthcare and humanitarian workers are describing the potential scenario of the virus reaching Syria or Yemen as impossible to manage. The current circumstances require a need to rapidly accommodate increased child protection needs. Humanitarian agencies have undertaken urgent action to prevent and control the spread of COVID-19 infections including, risk communication, increasing access to handwashing, water, sanitation, food, medical care, hygiene and other essential services. However, in conjunction with the maintenance and the scaling up of existing humanitarian responses, public information campaigns and advocacy efforts, aiming at counteracting stigmatization, discrimination and marginalization are particularly relevant to children of FTFs or children suspected of having been formerly recruited and exploited by IS.

The status of these children is however highly contentious. The perceptions of children in IS-ranks as a serious security threat have not only imposed severe limitations on their capacity to afford the system of protection prescribed by the rule of law with the corresponding legal architecture on child soldiering but have also informed decision-making by their States of nationality with respect to repatriation. Government-level responses have so far proven to be inconsistent, varying from a resistance to repatriation to revocation of citizenship. While the repatriation of children is widely regarded as the sole viable option to ensure their well-being, neutralize further security threats as well as minimize their exposure to secondary victimization, abuses and human rights violations, only a few government have proactively sought it. National policies of isolation, imposed travel restrictions and a halt on the intake of refugees in response to COVID-19 further restrict such possibility.

Survey in Saudi: Sexual abuse of kids – Parents are indifferent

A midnight move to set free child sex abusers: in the name of “our culture”

Be the first to comment at "Cecilia Polizzi: Ultimately, an estimated 5,000 children entered IS ranks since 2014"