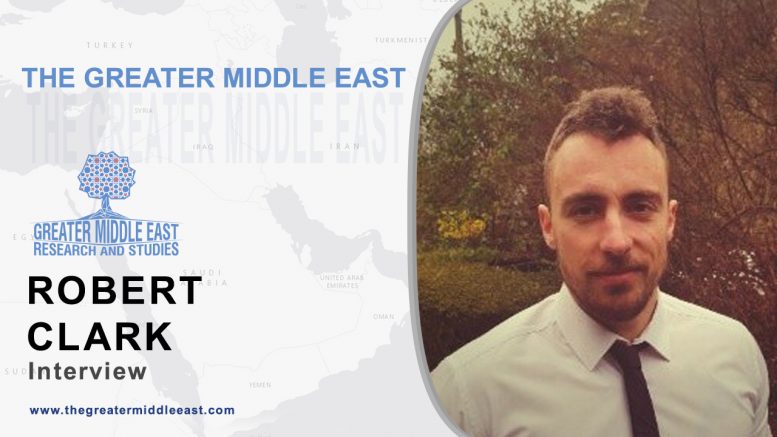 This month, we can witness the aggravation of relations between Iran and Great Britain. Different accusations against London from time to time come from Tehran, but this time, the situation is a bit different; a tanker with the Iranian oil has been detained in Gibraltar. In response to this, Iran carried out hostile activities against British vessels in the Strait of Hormuz and finally detained a British tanker. In this regard, we asked Robert Clark, the British expert, to comment on this situation between Iran and Great Britain.

Robert Clark (Twitter – @RobertClark87 ) is a UK Defence expert based at King’s College London. Prior to this he was in the British military and served in Iraq, Kuwait, Qatar and Oman, amongst other places.

On June 4, the authorities of Gibraltar detained “Grace 1” tanker. Its crew is suspected of supplying the Iranian oil to Syria, circumventing the EU sanctions. Does it mean that London actively joins the policy of “maximum pressure” on Iran?

When the UK decided to detain the Grace 1 on June 4th, its justification was that, based upon multiple credible intelligence sources, the Iranian-flagged ship entered European waters on its way to take over 2 million barrels worth of oil to Syria. Under present EU sanctions against the regime of Bashar al-Assad, the UK not only saw the Grace 1’s transit past the Straits of Gibraltar as a breach of these sanctions but acted to stop this from occurring. This is not so much an aspect of the US’ ‘maximum pressure’ policy towards Iran, as envisioned by John Bolton last year in relation to increasing US economic sanctions against Tehran, but rather, the UK seeking to uphold the rules-based international order of which it has long been a custodian of.

Whilst UK Foreign Secretary Jeremey Hunt has called for UK cooperation with European partners in seeking to establish a maritime task force to safeguard mutual interests in the region, particularly transiting the Strait of Hormuz, his Conservative party leader rival, and now incumbent Prime Minister Boris Johnson, has apparently dismissed this notion, suggesting closer coordination is required with the sizeable US naval forces already in the region. The US 5th Fleet, based in Bahrain, complements the work the Royal Navy undertakes in the Gulf safeguarding the vital sea lanes, whilst European partners, though providing military capability on other domains, lack the critical mass required of a Naval task force in this region.

Iran reacted very angrily to the detention of the tanker with the Iranian oil in Gibraltar, and the Iranian side even threatened to take countermeasures. Recently, “Stena Impero” tanker was detained by the Iranian forces in the Strait of Hormuz. We know about the efforts to detain other British tankers. Iran already has an experience of the tanker war, the strategy was actively applied during the Iran-Iraq war. Do you think that the tanker war is back?

I don’t believe that the recent hostile actions of Iran towards legitimate British maritime interests will constitute anything like the ‘tanker war’ phase of the Iran-Iraq war in the 1980s. This was an escalation four years into a major land campaign between two regional powers. The current situation between the UK and Iran is nowhere near comparable with this. What needs to happen now is a period of diplomatic negotiation between the two states. Iran seeks the release of the Grace 1 from Gibraltese custody, which is subject to detention for the attempted smuggling of Iranian oil into Syria, itself subject to EU sanctions. This is a legitimate action conducted by the governments of Gibraltar and the UK. London meanwhile seeks the immediate release of the Stena Impero, which was boarded and commandeered illegally in Omani waters by the Iranian Revolutionary Guard last Friday. Whilst those actions of the UK were legal and justifiable, and Iranian actions illegal, there needs to be a diplomatic position reached, by both sides, in order for this situation not to escalate further. Prior to Iran’s illegal seizure of the Stena Impero, UK Foreign Secretary Jeremey Hunt had stated there may be conditions for the release of the Grace 1 provided Iran could guarantee that it’s cargo was not headed to Syria. No such guarantee was provided. If this were to be made to the UK, in effect, Tehran assuring the international community that it was not seeking to undermine EU sanctions, then Iran could be in a position to release the Stena Impero and both states avoid unnecessary escalation.

How does British society react to the detention of the British tanker by Iran and Iran’s efforts to detain other British tankers?

Naturally there are elements of the British public which are concerned as to Iran’s unnecessary behaviour. The British public are keen for this situation to be resolved swiftly with no further need for escalation. However, the UK remain resolute that the Iranian regime have risen the tension considerably due to their illegal seizure of Stena Impero, in addition to their past transgressions regarding the attempted hijacking of the British Heritage tanker.

There is a growing perception in the UK however which finds it hard to believe that the Iranian actions, illegal and without just cause in any shape, can continue to be tolerated by the wider international community. Here you have a state actor, historically engaged in such acts as supporting suicide bombings, hostage-taking of foreign embassies, support for foreign terrorist organisations, destabilising the wider Middle East region and the Levant in particular, and now the wilful illegal under international maritime law seizure of oil tankers whilst in another state’s waters. Not to mention the widely suspected sabotage of Saudi, UAE and Norwegian tankers this year also. Understandably this type of behaviour and constant provocations by Iran must cease.

The possibility of a military attack on Iran has been actively discussed in expert and political circles. Which position would be taken by the UK, in case of this scenario?

To be clear, nobody within the UK government, or indeed the wider policy environment, is actively considering military action against Iran, at this stage. It is still hoped that a diplomatic solution will be found to this situation, utilising Britain’s unique position in the world within soft power diplomacy and its historical partnerships spanning continents. Senior Iranian diplomat Abbas Araghchi has been dispatched this week to Paris for talks with the French President Emmanuel Macron, in a bid to find a way out of the impasse. In addition, Iran has said that it would still attend meeting in Vienna this month of diplomats from countries still supporting the 2015 Joint Comprehensive Plan of Action (JCPOA) nuclear deal as they try to salvage the agreement. The JCPOA is still a policy that the UK supports, for the time being at least; something which Tehran would be prudent to remember in the coming days of increased diplomatic discussions.

Why Iran is still dangerous?

Turkey and UK battle to save fighter jet project

Be the first to comment at "Robert Clark: UK remain resolute that the Iranian regime have risen the tension considerably due to their illegal seizure of Stena Impero"