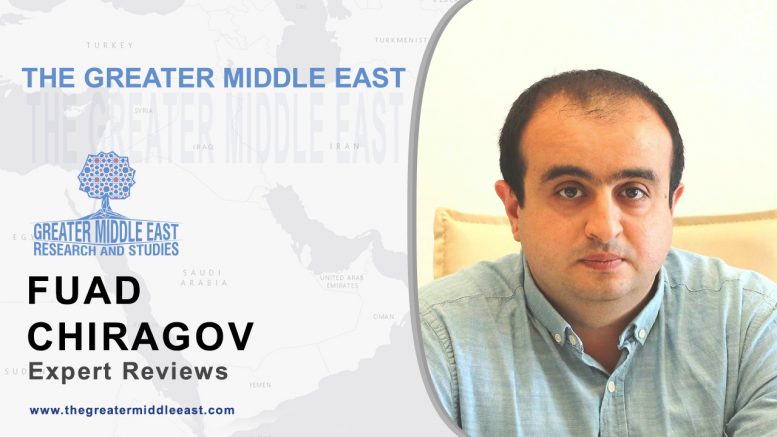 In recent months, there is a tension in the relations between Georgia and Azerbaijan caused by the border dispute. It is about David Gareja monastery complex or Keshikchidagh, as it called in Azerbaijan. On June 14, a group of Georgian nationals attacked the Azerbaijani border guard, which caused a negative reaction in Azerbaijan. In both countries, there are circles interested in exacerbation of the situation. These circles are often somehow related to the neighboring countries. We asked the Expert of Center of Analysis of İnternational relations Fuad Chiragov (Azerbaijan) to comment on the situation.

In your opinion, who or what provokes the conflict over this area, and what are the ways of addressing this issue?

The fact that the recent tension over the disputed site on the border is not in the national interest of both Azerbaijan and Georgia is very much obvious for all. These two countries are too much bound and interdependent from each other with energy and infrastructure projects that have global importance that any rationally thinking governments would not think to revise or spoil the good nature of these relations. Logically and obviously the first conclusion is about those who shatter the relations between two countries are either enemy of Azerbaijan and Georgia or useful idiots who are populist and strategically blind who only care of their short term interests. It should not be secret for anyone that the two countries do not have any chance of independence, economic prosperity, and development without each other. So it is no need to name specific countries, everybody who has very basic knowledge of regional geopolitics understands the sources of provocations. Another question is how to address the problem or dispute. It is clear that some powers found this very painful and sensitive dot in the relations of two countries and exploit it. There is a bilateral commission, they should accelerate the resolution of the dispute. I think they should also review different forms and models that exist in international practice.
Beginning from the last year, as the election to the parliament in 2020 approaches which will determine the future of the power in the country, the domestic politics in Georgia has been entering to the very sensitive and shaky political environment. This environment is also complicated with external players which through their leverages and associates seek to shape the domestic politics and agenda according to their interests.
In recent years, we all have been observing the systemic and planned attempts of inflaming anti-Azerbaijani and anti-Turkish phobias in Georgia through different tactics and strategies of information warfare. All these attempts converge with the growing disappointment on the delay of Georgian membership to euro-Atlantic institutions. Some political groups openly, boldly, and more frequently started to challenge and question the foreign policy strategy of the country that was set in previous decades, which they could not do just a few years ago.
Also, the Georgian economy has been facing a difficult period, the current government has not been able to fulfill its promises. The Georgian currency has been depreciating in recent months and each time is reaching to new lows. The polarization in the political spectrum of the country is widening.
In other words, the recent tensions between Azerbaijan and Georgia are utilized for two purposes. The first purpose is to divert the attention of the public from the real problems of the country. The second purpose is to damage Georgia’s good relations with Azerbaijan and in this way to justify the calls and arguments for revising the Tbilisi’s foreign policy strategies.

Azerbaijan is largest investor in Georgia in 2015

Andrey Epifantsev: Georgians for the most part don’t want to go back to times of Mikheil Saakashvili

Eugene Chausovsky:Increasing or even maintaining influence in the Caucasus will be a challenge for Russia in the longer term

Iran signs deal to export 40 mcm of gas to Georgia

Be the first to comment at "Fuad Chiragov: Those who shatter the relations between two countries are either enemies of Azerbaijan and Georgia or useful idiots"