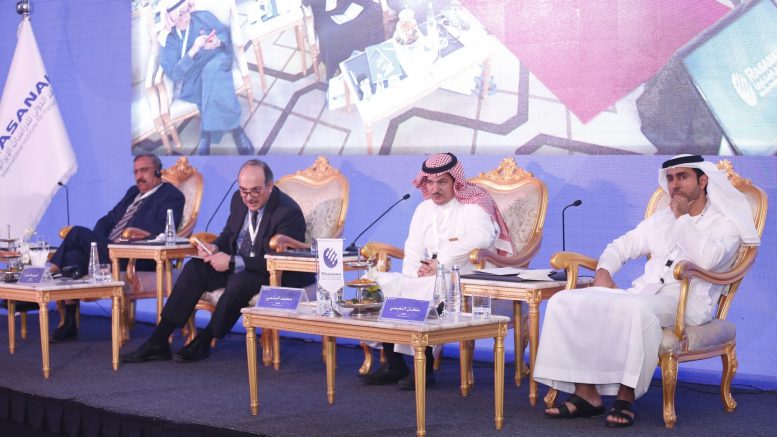 Coinciding with the 40th anniversary of the Iranian revolution, the International Institute for Iranian Studies (Rasanah) has held a conference in Riyadh – Saudi Arabia to discuss three main aspects that floated recently on the controversial surface around the globe. The conference has gathered the most prominent researchers and academics from around the world.
During the opening address, the founder and chairman of Rasanah, Dr. Mohammed Alsulami noted that the Iranian people were ambitious and optimistic about the 1979 revolution at the time, but soon, the consequences of the revolution resulted in domestic crises such as unemployment, inflation, and deterred economic situation. Alsulami added that Iran’s status quo is under several means of domestic and external pressures due to the new US economic sanctions and people’s discontent, which reached the grass-roots of the Iranian political system exceeding the middle layer’s basic demands of reform as well as media and political freedoms, where new slogans emerged during the latest demonstrations and touched the republic and the Supreme Leader, Ali Khamenei.
The columnist in the Greater Middle East, and Fellow at the International Institute for Iranian Studies, Mohammad S. Alzou’bi reported that the conference discussed in its first session the domestic situation in terms of achievements and failures, and explored the dimensions of social change in Iran, implications of economic situation and the conflict between the executive authority and the judiciary.
“The second session talked about the Iranian political system among the international community, which included a discussion on Iran’s role and its impact on Arab national security, the US-EU stance towards Iran and the relation of Russia and China with Iran,” Alzou’bi added.
Alzou’bi also reported that the conference’s final session ignited a wide range discussion on the future of Iran in light of the external pressures and domestic challenges; the session debated on the future of “Exporting the Revolution” under the current challenges, while the last part of the session circulated the popular protests and the future of the Iranian political system.
Alzou’bi stated that the chairman of Rasanah Institute, Dr. Mohammed Alsulami has delivered the final communiqué of the conference and praised the panelists and attendees for their efforts of making this conference as a remarkable success.