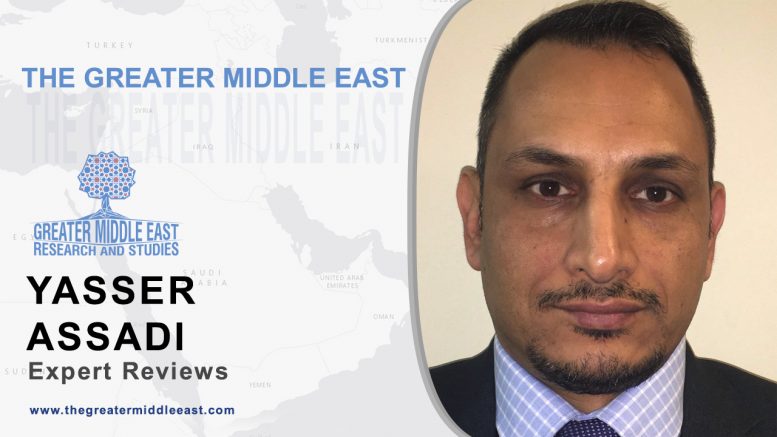 Information about mass protests and violent repressions by the government forces in the Ahwaz region, on the South-West of Iran, was long reported. All this comes against the backdrop of water and environmental crisis in the region. With a request to comment on this issue, we turned to Yasser Assadi, Ahwazi human rights activist based in London.

In your opinion, what is the primary cause of the present situation? Also, what, the situation in the Ahwaz region, can lead to?

1-There are few reasons behind the escalation of Ahwazi protests against the Iranian regime but mainly due to regime’s extreme policies in the region which aim at changing the demographic structure of the region in favor for of non-Arabs.  In short, Ahwazi live moving acutely toward the worse as results of regimes systematic approaches against Ahwazi Arabs including but not limited to Air pollution: Air pollution as a result of air dust and gas flaring remains the primary challenge that Ahwazi Arabs suffering and facing from in their daily lives without a real solution from the state. An academic study conducted by Chamran University in 2010 suggested that more than 20% of the death rate in Alahwaz caused by air pollution existence of particles in the air as a source of respiratory diseases and cancers.

Denial existence and identity of indigenous Ahwazi Arabs as the real inhabitants of Alahwaz by the state’s media as well as in the public sphere.

-Draining of marshland and diverting water from Ahwazi rivers to other Persian-dominant provinces had an impact on destroying the ecosystem by exposing it to further desertification, which ultimately led to more Ahwazi migration to other provinces.

A 17 years old #Ahwazi boy reportedly set fire in himself in protest of #Iranian regime police officers brutally beating his mother in the public.This young boy and his mother used to earn their livelihood by selling goods on the streets. #Ahwaz #IranRegimeChange @UNHumanRights https://t.co/kKxhfOWPTZ

-Land confiscation: every day more Ahwazi farmlands are taken off by the state under so-called state large projects such as Sugarcane projects or oil extraction.

-Unemployment: the unemployment rate is very high among Ahwazi Arabs youth event among graduates Ahwazis due to blatant discrimination in recruitment in public and private sectors.

All the above factors are essentially aimed at inflicting severe impoverishment, isolation, and displacement of Ahwazi people and obliterate their identity in order to achieve Persian hegemony over dominant Ahwazi Arabs.

Wonder to c if those so-called #Persian Human rights activists will speak about recent mass arrests carried out by the tyranny regime of #Iran against #Ahwazi Arabs.However,they’ve quickly reacted in harmony with the regime’s allegations against Ahwazi Arabs following AhwazAttack

2-In view of these facts, I believe the protests will continue in various forms, but mainly in peaceful manners such as public strikes, however, we cannot rule out the potential emergence of armed struggle and insurgency against regime’s institutions and settlers if the regime continues its hostilities approach against Ahwazi Arabs.

Torture fears for 500+ protesters detained by the Iranian regime, including women and children

Arab Spring in Iran: Ahwazis Rise Up Against Iranian Persecution

Iran’s regime steps up brutality against Ahwazis, arrests over 1,000, including women, children, elderly

Be the first to comment at "Yasser Assadi: Ahwazi live moving acutely toward the worse as results of regimes systematic approaches"