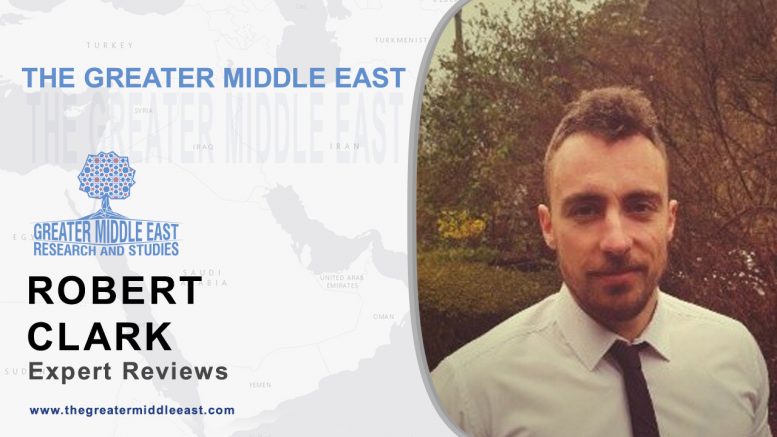 On November 4, the US is going to adopt a package of sanctions, including the prohibition on purchasing Iranian oil. In this regard, various bellicose statements have been made in Tehran.

With a request to comment on this issue, we turned to Robert Clark a security analyst and researcher based in London. He specialises on military relations between states and the impact of Chinese soft power across South Asia.

In your opinion, can the prohibition on purchasing Iranian oil, which is actually Iran’s primary source of hard currency, lead to geopolitical changes in the Middle East?

In May this year, President Trump announced the US withdrawal from the Joint Comprehensive Plan of Action (JCPOA), also known as the Iran deal, causing wide divisions within the international community. The reimposition of economic sanctions levelled against Tehran, seen by Washington as crucial to limiting increasing Iranian influence across the Middle East is viewed by the EU and other global actors, especially Russia, with deep suspicion.

This second round of US sanctions, predominantly targeting Iranian oil and gas exports in addition to its access to the US controlled the global economy, will come into effect on November 4th. In response, Tehran has issued numerous statements claiming that this will not affect the nation’s economy nor it is energy industries, which many analysts claim have in fact already suffered in recent months due to the imminent sanctions.

The aim of these sanctions, according to John Bolton, the US National Security Advisor, is to drive Iranian oil exports down to zero, in addition to tough consequences for other states continuing to trade with Iranian oil and banking sectors in defiance of the US sanctions. This last point will prove critical in whether or not the US can enforce these measures, and if so, to what extent this will shape the geopolitical landscape of the Middle East in the coming months going into 2019.

At present, the US is concerned by numerous Iranian military and diplomatic activities across the wider Middle East region, which it hopes these sanctions will lead to a diminishing in Iranian influence. Specifically, its proxy war against Saudi Arabia in Yemen and it is support of the Houthi rebels; it is continuous financing of Hezbollah in Lebanon, and the strategic threat this poses to Israel; and Iran’s long-term military and diplomatic support to Bashar al-Assad in the ongoing Syrian civil war.

Despite these activities being highly deniable in nature, often with little trace directly back to Tehran, they all involve large sums of money and resources in order to pursue. In 2012, after the US imposed sanctions again aimed at Iran’s economy, its oil exports fell by over one million barrels a day. A drop of that size today would cost Iran (at current oil prices) more than $30 billion in annual revenue, almost half its earnings from oil exports. This would have seismic ramifications for Iran’s ability to project it is influence across the Middle East, and lead to a diminishing of its destabilizing actions in other states’ affairs.

One prominent benefactor of the Iranian petrodollars is the highly secretive Iranian Revolutionary Guard Corps (IRGC), the elite of the Iranian military machine and widely perceived to be the key actor on the ground in both Syria and Lebanon. At the conclusion of the signing of the JCPOA in 2015, President Hassan Rouhani immediately increased the IRGC budget by 145%, allowing them to expand their military activities in Syria, leading to a perceived permanent Iranian presence across the Levant. Clearly, by reintroducing tough sanctions aimed at squeezing Iran’s oil exports, the lifeblood of its economy, potentially reducing by as much as half (and, it is hoped by the US, much more) it is oil revenue, then Iran’s power projection across the region will inevitably suffer.

What will limit the US’ ability to affect Iranian geopolitical interests is whether or not the wider international community will support the sanctions, as is hoped. Already, this has split international opinion, with some US allies, notably South Korea and Japan, agreeing to observe the ban on Iranian oil exports, whilst other states, led by Russia, have come out and condemned the US sanctions and stated their continued trade with the Islamic Republic. One such alleged plan involves Iran selling it is oil to Russia, via the Caspian pipelines, and Russia in turn selling the Iranian crude on the open market, thus circumnavigating the sanctions. The EU is also working on plans to be able to continue importing Iranian oil, re-establishing out of date legislation allowing it to bypass US sanctions, though not widely believed to eventually prove very successful.

China has recently cut by 50% it is Iranian oil import contracts in preparation for the sanctions; a move widely seen as supportive of the US at a time of growing economic uncertainty between Washington and Beijing. As Iran’s largest export partner, the Chinese decision to drastically scale back its reliance on Iranian oil will likely hit the already troubled Iranian economy to such an extent as to force a reduction in its geopolitical interests in the region.

This leaves the effect it will have on remaining OPEC members to increase oil production by as much 1.5 million barrels per day (bpd) in order to fill the Iranian void. Saudi Arabian reserves will be seen as key to minimizing regional disruption, as will a recent surplus in US production. By extension, this situation will leave more power in the hands of Riyadh at the expense of Tehran; something the Saudis will only be too happy to assist in. If the US administration manages to tighten the international pressure around Iranian oil exports, then indeed Iran’s geopolitical ambitions and destabilizing influence across the broader Middle East will suffer as it is economy deteriorates further, weakening both the regime and its regional power.

Hassan Rouhani: Iran could easily abandon nuclear deal if US sticks to sanctions and coercion

Be the first to comment at "Robert Clark: Will fresh US sanctions aimed at Iranian oil exports lead to geopolitical changes in the Middle East?"