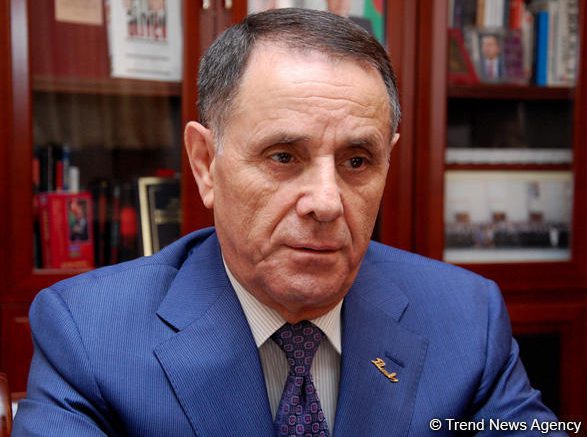 There is practically no concept of justice in international relations, Azerbaijani Prime Minister Novruz Mammadov said in his speech at the CAMCA regional forum June 22.

He noted that Azerbaijan took very big steps to ensure peace, security and stability both in the country and in the region. At the same time, the country is carrying out major international events, which have turned into a process on dialogue among civilizations, he said.

“In May, we celebrated the centenary of the Azerbaijan Democratic Republic,” he added. “A hundred years ago, the Azerbaijani people created the first democratic republic in the East and granted suffrage to women. In the 19th century, Azerbaijani writers, for example, Ismail Gutgashinli, wrote in French. This reflects Azerbaijan’s historical attitude towards Europe. However, we don’t see justice regarding Azerbaijan. Some support was provided to Azerbaijan, but this support is not enough. The European press has been, for a long time, doing publications in connection with small events, but it is impossible to see a fundamental publication about more than one million Azerbaijani refugees and IDPs.”

The prime minister stressed that despite four resolutions of the UN Security Council in connection with the occupation of Azerbaijani territories, up until this day, the issue hasn’t been handled the right way.

The conflict between the two South Caucasus countries began in 1988 when Armenia made territorial claims against Azerbaijan. As a result of the ensuing war, in 1992 Armenian armed forces occupied 20 percent of Azerbaijan, including the Nagorno-Karabakh region and seven surrounding districts.

The 1994 ceasefire agreement was followed by peace negotiations. Armenia has not yet implemented four UN Security Council resolutions on withdrawal of its armed forces from the Nagorno-Karabakh and the surrounding districts.

Be the first to comment at "Practically no concept of justice in international relations, Azerbaijan’s PM says"