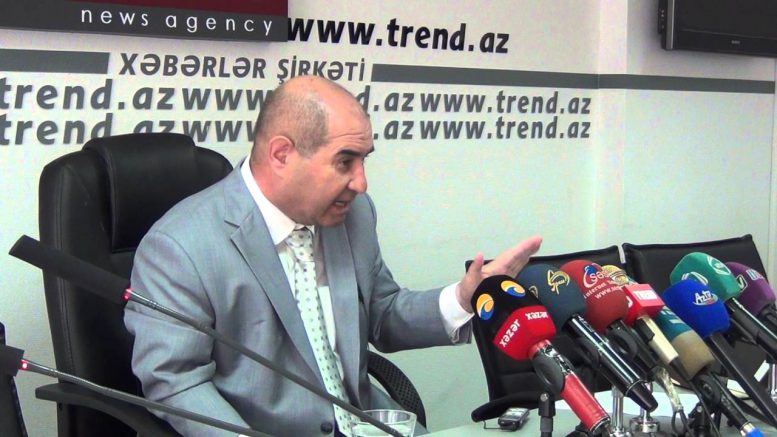 The director of the Centre for Political Innovations and Technologies Mubariz Ahmadoglu noted that ceasefire regime has come to the forefront again in the statement of the OSCE Minsk Group co-Chairs after their last visit to the region. He recalled that in the latest statements of the mediators, intensification of negotiations has been one of the main recommendations.

A similar incident happened on the Armenian-Azerbaijani state border. In material shared in connection with the incident by the Armenian Ministry of Defense, the emphasis is put on the fact that the torched UAZ vehicle doesn’t belong to Armenia. The possibility that the vehicle belongs to any other neighboring country is not excluded. In 2015, Armenian soldiers making maneuvers on a heavy vehicle with Russian license plate could attract the attention of Azerbaijani soldiers. As a result, Azerbaijani soldiers disabled the heavy vehicle with the license plates of North Ossetia RF, belonging to Armenia”. – said M.Ahmadoglu.

The political scientist noted that the co-chairs don’t want to admit that Armenians have a strong interest in breach of ceasefire both on the Contact line and on the state borders.

By making provocations on the state border, Armenia wants to draw Russia into military actions against Azerbaijan, as long as there is a security agreement between Russia and Armenia. According to this agreement, in case of a threat on the Armenian borders, Russia has to help Armenia.

He regretted that the co-chairs don’t take into account this aspect of the matter and most often accuse Azerbaijan of breach of ceasefire. This totally meets the interests of Armenians.

“Armenians kill each other in their army, only because mediators failed to consider such matters. According to official statistics, losses of Armenian army in the occupied territory of Azerbaijan amounted to 60 soldiers in 2017. According to Armenian source, only 22 soldiers out of 60 died because Azerbaijani soldiers opened the fire. The remaining 38 were killed by other Armenians. The number of Armenian soldiers killed by Armenians, almost double the number of Armenians killed by Azerbaijanis. That way S.Sargsyan can keep the issue of ceasefire violations on the agenda for a long time. OCSE Minsk Group co-Chairs help Sargsyan in this matter. If it is about the death of Armenian soldier in the occupied territories of Azerbaijan, they should investigate which side and for what reason killed that Armenian. It turns out that the co-chairs are not interested in investigating the genesis, source of deaths in Armenian army on the occupied territories of Azerbaijan and therefore show an interest in continuing the conflict”, – M.Ahmadoglu concluded.

John Bolton, “a war hawk” who supports Azerbaijan returns to the White House

Warlick reiterated the US position on Karabakh

Be the first to comment at "Mubariz Ahmadoglu: OSCE MG co-Chairs have to investigate the genesis of deaths in the Armenian army"