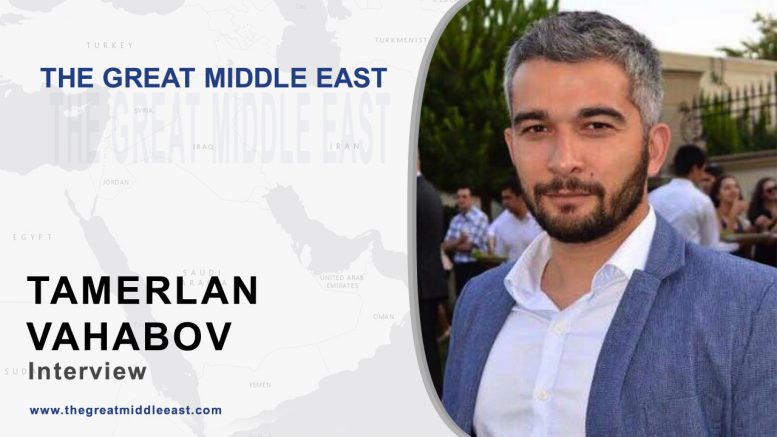 Against the backdrop of distractive and dangerous processes taking place in the Middle East Azerbaijan remains the islet of stability, where, for example, tourists from Saudi Arabia and Iran can sit back at the same restaurant or cafe, walk around Baku and so on. How does Azerbaijan keep the golden mean, balance and stability?

Baku and Azerbaijan’s regions have tourists’ destinations. The answer to this question has several pillars. First of all it is a structural thing. Azerbaijani Government has been consistent in its actions for bringing stability and economic prosperity in Azerbaijan. That’s one of the most important pillars of any stability and security because economy is a backbone of any stability and continuous growth in the countries. Basically, the security regime that we have in Azerbaijan is laying, first of all, structurally on economics and economic development and growth that are conditioned by the stability of the Government and of the overall political situation in Azerbaijan, so this is like the first pillar. The second one is Azerbaijan’s cultural heritage. Azerbaijan, being a predominantly Muslim populated country, despite this remains a secular country and it has been able to preserve its secular values for the past 25-27 years of its independence and before that it was a part of the Soviet Union and the Russian empire. In all of those eras Azerbaijan was a beacon of stability when it comes to different confessions, not only Islamic, but also Christianity, Judaism etc. Right now Azerbaijan and Baku, specifically, is home to several confessions when it comes to Islam, Sunnis and Shias, Christianity and Judaism. The biggest settlement of Jews outside of Israel is in Guba – Krasnaya Sloboda or Red Sloboda. This is another indicator and plus and having representatives of ethnic minorities in the Parliament is one of the rarest occasions in the entire Muslim world. So, that’s the second thing that makes Azerbaijan an attractive and safe destination for tourists and, first of all, for its own citizens.

Against the backdrop of the religious confrontation that we can witness in different parts of the world, including the Middle East, in Azerbaijan we can see the peaceful coexistence of representatives of various cultures and religions. Do you think Azerbaijan’s model of multiculturalism can serve as an example for other Muslim countries?

Yes, Azerbaijan’s heritage in multiculturalism and tolerance can serve as a really good example for the rest of the greater area of the Middle East, Central Asia and even the CIS, because all of these countries have sizeable Muslim minorities and some of them are predominantly Muslim populated countries, like in the Wider Middle East, in Central Asia and in Russia. Considering all of these, Azerbaijan, remains an island of stability, as was noted in the answer to the previous question. This model of multiculturalism stamps back from the history of Azerbaijan, its statehood, both the modern history, especially, with the stability that was brought back in 1993 with the election of later president Heydar Aliyev and continued all the way to present days. This stability is a good track record to demonstrate how a country, that emerged from the rubles of the Soviet Union, a predominantly Muslim-populated country, that was in the midst of rediscovering if its civic and religious identity, remained secular, but at the same time leaving an option of choice for those who want to practice their religion, who want to be an observing Muslim, practicing Muslim, there are also good conditions and opportunities for people to go to pray Mosques, to observe and to practice all the rituals and any religious canons. This Azerbaijan’s multiculturalism is about a choice which is a rare phenomenon in the Muslim world. So yes, I mean given Azerbaijan’s track record, its statehood history, cultural history and its cultural location, when the Western, Eastern-European and Middle-Eastern cultural heritages come together having preserved the stability is a really good model that can be demonstrated to the outside world.

Lately, we can witness a major increase of the tourist traffic from the Persian Gulf countries to Azerbaijan. In your opinion, what is it connected with? And how does the Azerbaijani society react?

I think this is a pretty natural process for the tourists from the Gulf countries to come to Azerbaijan, unlike Europe. Unfortunately what we are observing in Europe right now is Islamophobia and anti-immigrant protests and racist manifestations. Of course, it should be not generalizing, there are many decent people in Europe, it’s still a great tourist destination but still there is a spike in racial manifestation sometimes reaching violent levels. Azerbaijan doesn’t have that, that’s one of the most important things. Azerbaijan is still considered as a majority Muslim country despite the fact that the majority of these people are secular and Government is secular. It is still pretty attractive for Muslim tourists, like people from the Gulf, to come to this country where they can feel at home and enjoy the liberty of Azerbaijan, its relatively liberal setting for both entertainment and cultural tourism in Azerbaijan with its historical sights that have a lot to share and in common with the greater Middle East and Gulf countries – Iran, Bahrain, Saudi Arabia, the Middle Eastern countries. So this cultural connection, connected with the choice, with the alternatives, than you can come being an observer, but in Azerbaijan you will not be threatened, or you will not be discriminated against, you can still be yourself in Azerbaijan, in a Muslim country, but with more choice. So I think this is a natural process and I’m not surprised that tourists from the neighboring countries from the Middle East come to Azerbaijan and enjoy their holidays here.

Be the first to comment at "Tamerlan Vahabov: Azerbaijan’s multiculturalism is about a choice which is a rare phenomenon in the Muslim world"