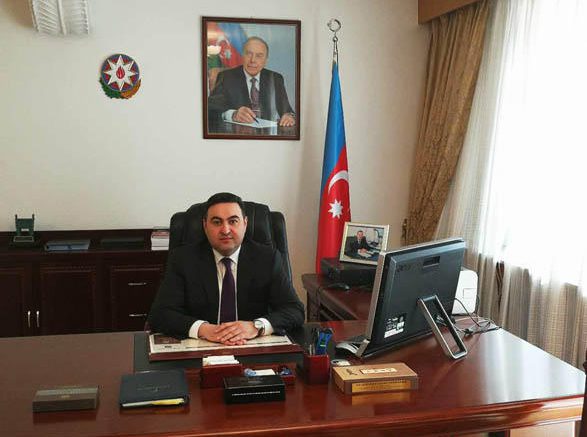 Azerbaijan attaches great importance to relations with China and is interested in the development of these relations in all spheres, Azerbaijani Ambassador to China Akram Zeynalli said in an interview with Trend.

“The development observed in Azerbaijan in all spheres creates opportunities for cooperation with various countries of the world. Describing the current state of bilateral political relations between Azerbaijan and China, first of all, I should note that these ties are based on friendship and mutual trust, are characterized by high dynamics of development and versatility,” said Zeynalli.

He added that the Joint Declaration on Friendship and Cooperation signed between Azerbaijan and China and the Memorandum of Understanding between the Government of Azerbaijan and the Chinese Government on the joint promotion of creation of the Silk Road Economic Belt marked the beginning of a new stage in the Azerbaijani-Chinese relations and defined new goals for further development of ties.

The ambassador noted that Azerbaijan supported China’s “One Belt-One Road” (OBOR) initiative, and intends to cooperate in this area.

“Big infrastructure projects, implemented in Azerbaijan in recent years, create conditions for our country to become one of the main participants of this initiative,” said Zeynalli. “Big transport projects implemented by Azerbaijan, such as Baku-Tbilisi-Kars, North-South, as well as the Alat international sea port, which will be put into operation soon, will significantly expand Azerbaijan’s transport capacities, thereby creating new opportunities for the country in terms of implementing major economic and transport projects jointly with China as part of the One-Belt-One Road initiative.”

He added that the Azerbaijani minister of culture and tourism, during the visit to China discussed with his Chinese counterpart the opportunities of further development of cooperation in the tourism sphere.

“Currently, we are working on an interdepartmental document related to the organization of group visits of tourists. I believe that with the signing of this document in the near future, even more Chinese tourists will visit our country that will further bring our peoples closer,” noted the ambassador.

“Along with the transport and energy spheres, there are wide opportunities for developing cooperation in the fields of agriculture, high technology, education and culture. Azerbaijan and China are countries with ancient history and culture. Mutual holding of cultural events in both countries will create conditions for people to get more information about each other, about the history, culture and traditions of each other,” added Zeynalli.

Turkey’s leg of the Silk Road could be smoother

Azerbaijan to bring Persian Gulf states to the Mediterranean: Another success of Baku and the failure of Yerevan

Be the first to comment at "Envoy: Azerbaijan keen to develop ties with China in all spheres"